October 24, 2015
As published in Mailsport today 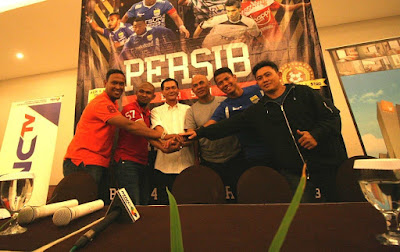 PETALING JAYA — A "Malaysian All Stars" are scheduled to play Indonesian club Persib in Bandung tonight — a match FA of Malaysia (FAM) know nothing about.
FAM general secretary Datuk Hamidin Amin said the national body were in the dark about the game at Si Jalak Harupat Stadium which kicks off at 7pm local time.
"I know nothing and the match has nothing to do with FAM," Hamidin said.
"I don't know who the Malaysian All Stars team are, their players or their officials. Who is behind them ... I don't know."
He added the national body would not send any of their teams to the Republic as the Indonesian FA (PSSI) have been suspended by Fifa due to government interference.
"They can't organise any matches, even their clubs. We can't engage with them, the FA and their clubs. Our teams are well aware of the situation.
"Perhaps it's just a marketing gimmick by the organisers to boost the numbers at the stands. But we have nothing to do with any Malaysian team there."
Several Indonesian news portals have been highlighting the match.
News portal Pojok Bandung quoted Malaysian All Stars coach Nick Sham Abdullah as saying 10 of his best players were unable to make the trip but their replacements "will give their best performance against Persib".
Indonesian television station MNCTV had tweeted (@Sports_MNCTV) that Nick Sham said the match was well received in Malaysia. 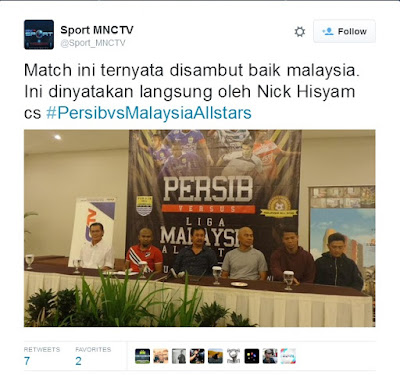 Nick Sham is no stranger to the M-League, having coached NS Betaria and Malacca.