'What the f***?' spat raises vital question - where are the archives of national records? 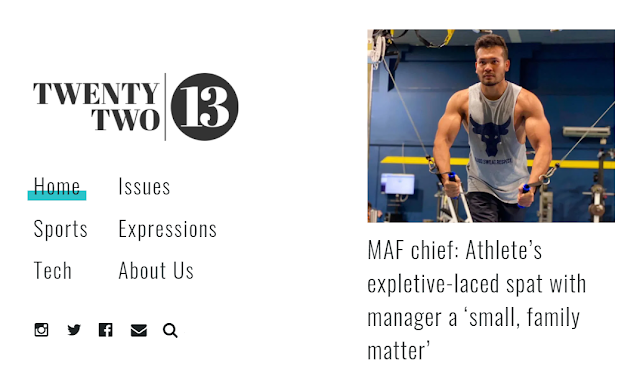 Sometimes conversations takes a different turn - voices raised, people get cut off and a vulgar word is uttered in the heat of the moment.

And sometimes, the conversation ends with an apology and life goes on.

However, according to a report by news wesbite Twentytwo13, national discus thrower Irfan Shamsuddin wrote in an email to the Malaysia Ahletics Federation (MAF) that he will only say sorry if MAF general manager Anthony Samy apologised over an alleged heated conversation that took place between the duo recently.

This was following Irfan's email to MAF with the subject: 'Re: Show Cause Letter'.

I am not so bothered about the spat. As Irfan rightfully wrote, there are more pressing matters to deal with.

After reading the email, I have just one question: Why was Anthony asking Irfan for his national records? Shouldn't MAF be keeping the records?

I've repeatedly written about the need to have an archive of all achievements recorded by our national athletes, regardless the sport he or she represents. This archive should be made public.

I think we need to revisit this conversation again.