December 18, 2013
Others I spoke to said the drama in MCA beats any TVB series and MCA is yesterday’s news. Many are unable to relate to such politics.

They find it easy to consume a fabricated lie against the establishment than the truth. They would grab onto anything to slam leaders.

Such frustration is fueled by the lack of explanation and initiative to embrace the people. It is typical human nature to be defensive when attacked but the key to earning admiration is to admit, rectify and progress. 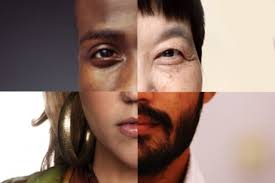 There are agendas behind every political party but priority must be on the man on the street.

Political parties are not a playground for the elite few. Those within are supposedly elected representatives of the people, a reflection of a particular community. Thus the voices of the community must be aired — regardless of ethnicity.

Manifestos and pledges made prior to the elections should be followed through. Instead, we hear internal bickering disguised by the fight to champion the race.

Some may live in denial. But one thing is clear — there are many of us who have survived without race-based political parties.

Read more in Haresh Says as published in The Malay Mail today.