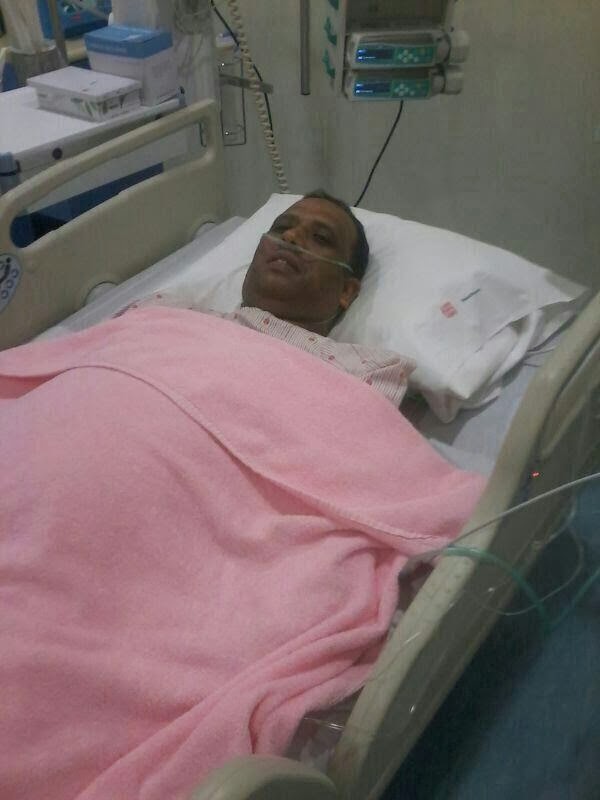 
According to Dollah's wife Roslina Ibrahim, the former international had been complaining of sharp pains in the chest lately.


"Since he didn't have any matches on Tuesday, we decided to visit the doctor for his medical check up," said Roslina.

"The doctor then said he must undergo surgery and was wheeled into the operation theater at 8pm."

Roslina, when contacted at about 11pm yesterday, said her husband's surgery was completed and that the surgeons had said everything went well.

Roslian said her husband had a "bleeding artery" which required doctors to place a stent.

"He would need to rest for the next two to three weeks."

Picture of Dollah before he underwent surgery made its rounds on social media last night.