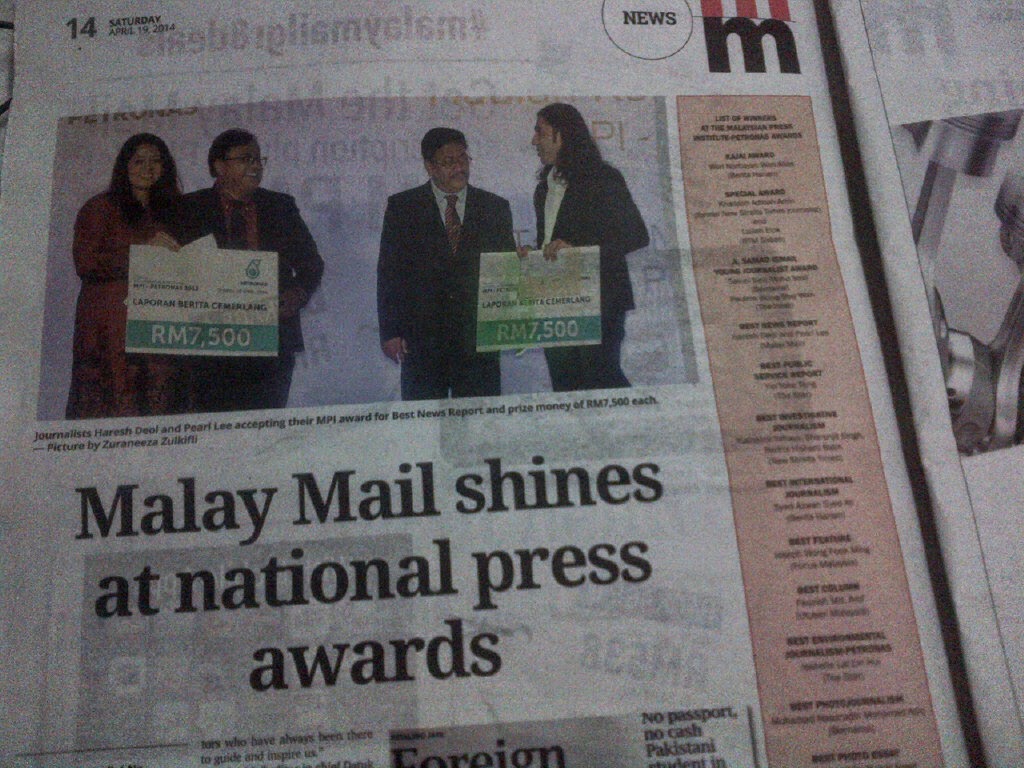 Malay Mail clinched the prize for Best News Report at the Malaysian Press Institute-Petronas Awards 2013 when Haresh Deol and Pearl Lee won for their series of reports in June last year on foreign students who faced problems after the government set up the Education Malaysia Global Services (EMGS).

The pair took home RM15,000 in cash and certificates. Haresh is he newspaper's investigative and special projects editor while Pearl is roving news editor.

"This is a win for the Malay Mail. We thank the editors, especially editor emeritus Frankie D' Cruz, for their guidance," said Haresh after the awards presentation ceremony last night.

Pearl said: "This is a special win for Malay Mail and me. I would like to dedicate this win to our editors who have always been there to guide and inspire us."

Malay Mail editor-in-chief Datuk Wong Sai Wan, who was present at the ceremony, said: "I am proud of them. They are shining examples of what journalists should be."

This was Haresh's first MPI award after he was nominated for the 2010 A.Samad Ismail Award for a series on football betting in 2009.

Their winning series of articles exposed delays in visa approvals and medical check-ups in a system that was supposed to streamline the intake of foreign students.

The stories also helped a foreign student obtain a student visa after months of waiting while various ministries involved promised to look into the problems, which led to EMGS improving their approval methods.

Get the FULL list of winners in today's paper.