April 01, 2014
In an apparent bid to ease tension among Chinese nationals over the Flight MH370 saga, efforts are under way to organise an exhibition match involving two of the greatest badminton stars — world No 1 Lee Chong Wei and China’s Lin Dan. 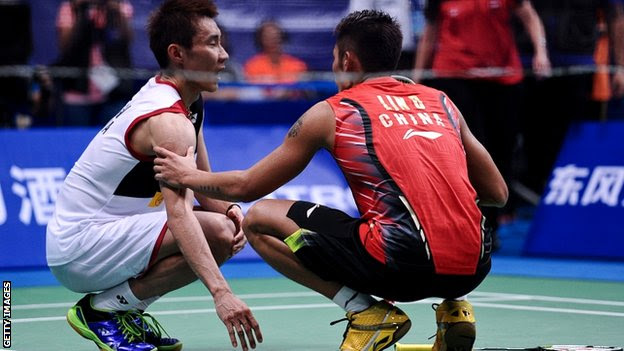 While details of the match between the Malaysian selection and China remain sketchy, the Youth and Sports Ministry has been informed about the initiative. Lee, who is currently in New Delhi for the India Open, was supportive of the cause.

“If it can help strengthen the relationship between China and Malaysia, then it’s good … (I would do) anything to help,” said Lee.

It is believed the initiative is a private effort and does not involve the Badminton Association of Malaysia.

Lee and Lin Dan are household names in both countries. While arch-nemesis on the court, both shuttlers are good friends on the sidelines and have played in many exhibition matches, mainly for charity, in the past.

As Malaysia and China gear to celebrate their 40 years of diplomatic relationship in May, Chinese nationals have been critical towards Malaysia after the Boeing 777 went missing on March 8. Of the 239 on board the Malaysia Airlines plane, 154 were citizens from the republic.

Family members of passengers on board demonstrated in front of the Malaysian Embassy in China, demanding for answers while celebrities from the mainland have called fans to boycott the country, claiming the authorities have not been transparent in their investigation and disseminating information.

As a mark of respect, the Tourism Ministry has suspended Visit Malaysia Year 2014 promotions in China while events in Malaysia were toned down after Prime Minister Datuk Seri Najib Razak announced the Malaysia Airlines aircraft “ended its journey” in the middle of the Indian Ocean.