Come on Selangor, reward your hockey team with a proper turf! 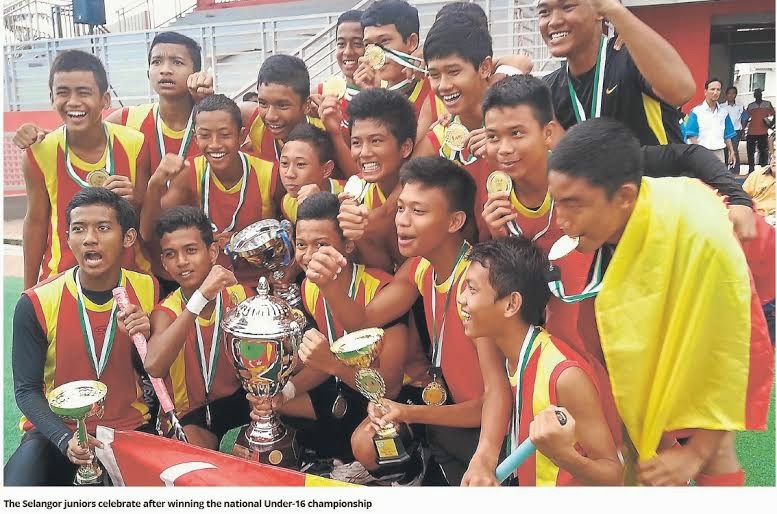 These are the names of Selangor’s Under-16 boys hockey team.

Most often, the names of players are buried within an article or the team list is carried separately at the very end of an article. Exceptions are made for those with an interesting tale to tell.

But this group of hockey players deserved to be mentioned at the very top of this column. Why?

This is a team that hails from a state with no proper turf. Their plight has been highlighted numerous times only to fall on deaf ears by the powers-that-be. This was even discussed in great lengths in my previous column ‘Do the right thing, Khalid Ibrahim’ published on December 31.

It was then highlighted that the Pandaraman hockey stadium was declared unsafe by the Selangor Hockey Association in 2010 while the PJ stadium was in no position to host any hockey competitions as it has not been repaired for the past 11 years. Sadly, some quarters were forced to use the pitches for clinics and games.

And to say Selangor is dubbed as one of the richest state in the country … Bah!

Plenty of time, money and energy were wasted by the Selangor juniors on travelling. They were forced to train in Kuala Lumpur instead. Yet, they emerged victorious after edging KL 2-1 in the national Under-16 boys final in Perlis over the weekend.

It was a sweet victory for the team as officials from Selangor Hockey Association were beaming with pride. The win was also the state’s HA way of making a statement – the team could still succeed despite the shortcomings.

It was the same day world renowned sports trainer Allistair McCaw tweeted: “My sole advice to Sports Federations: Invest in your coaches more than your training facilities. Quality people and coaches are the key.”

This fits perfectly as far as Selangor HA is concerned.

Now imagine what Selangor could achieve if their teams had proper facilities to train on. Imagine the quality of hockey they would be able to dish out and the state could in return mold talents for the national team.

If the state government and local authorities want to lend a helping hand, they can start by giving Selangor HA a proper training ground.

A winning team must be rewarded. Come on Selangor, give your hockey boys a turf to play on!

HARESH is editor (investigations and special projects) of The Malay Mail. Banter with him at haresh@mmail.com.my or on Twitter @HareshDeol
hockey perlis Selangor selangor hockey association Tan Sri Abdul Khalid Ibrahim turf under-16