As Parliament remains suspended, let MPs meet at stadiums instead 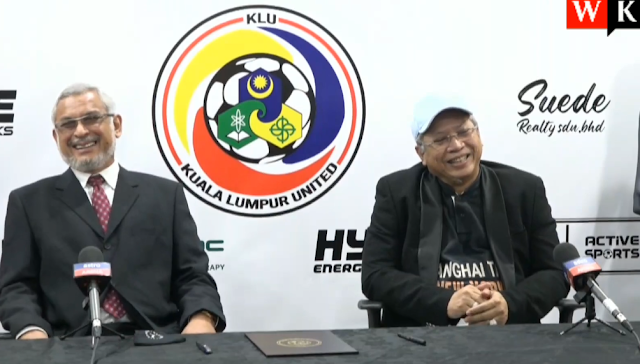 On the left is Khalid Abdul Samad. On the right is Tan Sri Annuar Musa.

Khalid is the MP of Shah Alam, president of the Kuala Lumpur Football Association served as Federal Territories (FT) Minister up until the sudden change in government early last year.

Annuar Musa is the Ketereh MP and is now the FT Minister.

Both of them were seated next to each other, even smiling, at a press conference organised by Kuala Lumpur United.

The duo were cordial and respectful throughout their session and despite their differing ideologies, they spoke highly about the need to promote Kuala Lumpur football.

As I tweeted, football unites.

But these two gentlemen have had tensed episodes in the past - in Parliament.

Watch the video below.

While schools will start soon, people can already dine-in, non contact sports are now allowed and the M-League will kick off soon despite the Movement Control Order in Kuala Lumpur, Parliament remains suspended. Confusing, but it is what it is.

Thus I suggest that MPs meet at football stadiums instead.

Judging by this afternoon's session, MPs may be able to communicate in a calm and respectful manner while discussing the interests of the people.

Isn't that what MPs are supposed to do?

And if things do get heated up, they can head to the field and kick a ball.