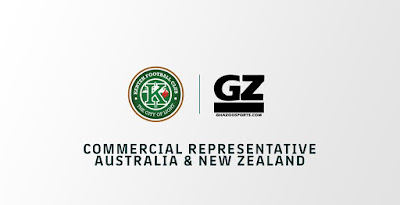 One is a football club located in the east coast of Pennisular Malaysia known for its delicious food, warm people and annual floods.

The other is a set-up based in Perth.

Here's a story about Kemaman's Kerteh FC and Ghazoo Sports - a sports company run by an Ipoh-mali who is now residing in Australia but has thankfully retained his Malaysian accent.

It's a commercial tie up between the two small yet bold outfits covering Australia and New Zealand.

It's taken Ghaz Ramli, a former journalist, four years to entice a Malaysian club. As I wrote in 2017, Ghaz held talks with Perak FA but I guess that didn't work out.

More details of the tie-up will be revealed soon on Twentytwo13. After all, Ghaz has been writing regularly for the Kuala Lumpur-based news website.

Will this venture open the eyes of other teams in Malaysia - including that of Perak FA? We shall see.

All the best to Kerteh FC and Ghazoo Sports. It's time to do things differently.