My first column with Getaran - and it's about FAM's Hamidin

I have been given the opportunity to write a column for the newly-launched Malay-language news website Getaran.

Hamidin will lead the national body for another term (2021-2025). There are those who are elated. There are others who ponder: "No one else ka?"

I doubt I can ever be the FAM president. Even if I ever do get the votes, I doubt I can deal with incompetency and 'drama'.

Nothing much has really changed in the nation's football landscape since the "during my times" days till today.

Even some politicians have felt the heat in FAM and gave up. Remember Tan Sri Annuar Musa and Khairy Jamaluddin?

So Hamidin is quite a champion in this game. Don't talk about options. It looks like he's the only option we have.

All the best, sir!

p/s: Hamidin met Prime Minister Tan Sri Muhyiddin Yassin today. Youth and Sports Minister Datuk Seri Reezal Merican Naina Merican was no where to be seen. Usually ministers would like the photo opportunity too. Champion or not, Hamidin. 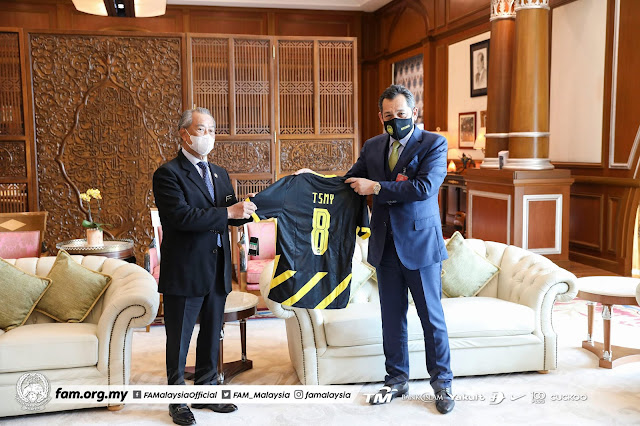