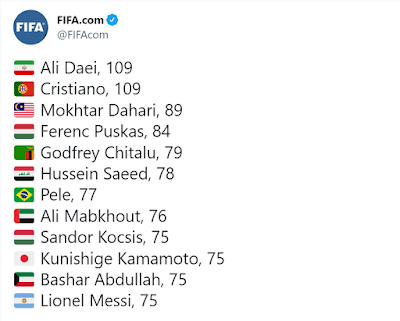 The number of goals Mokhtar had scored during his illustrious career became a subject of debate last year. A CNN report had listed him as having netted 86 international goals, causing plenty of frenzy then.

But the 86 goals is something the FA of Malaysia (FAM) cannot confirm. In fact, the national body does not have such data of the past national players.

So thank you, FIFA for telling us the exact number of international goals scored by one of Malaysia's finest and most celebrated athlete.

Hopefully, we can also rely on FIFA to tell us where the missing Burnley Cup is.