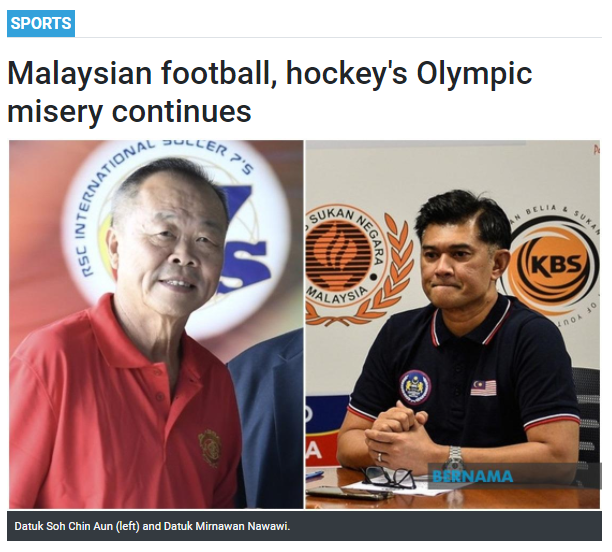 It’s a sign of how far they have fallen that two of the country’s most popular team sports - football and hockey - will again be missing when the 2020 Tokyo Olympics get underway on July 23.

That was the first paragraph taken from Bernama's article yesterday.

And in typical fashion, there's a whole lot of harping about the past glory. What lessons have we learnt, how have these two sports move forward and how many legends have contributed back to the sport upon retiring? Now that's a conversation not many are willing to have.

But both football and hockey are truly blessed. Mediocre results, plenty of excuses and self praise - and  the yet they can still get the eyeballs (and money).

In fact, football and hockey are considered "more popular" than diving or even archery - two sports that have continuously ensured we are represented at the Olympics.

Imagine your child returns from school with a straight As and is only given a pat on the back.

But the kid next door gets enough Ds to pass and his parents invites his friends over, throws a massive party and buys him a Ford Mustang Shelby GT500.

The popular underachievers - how 'cool' is that!