Not the birthday Reezal Merican had in mind 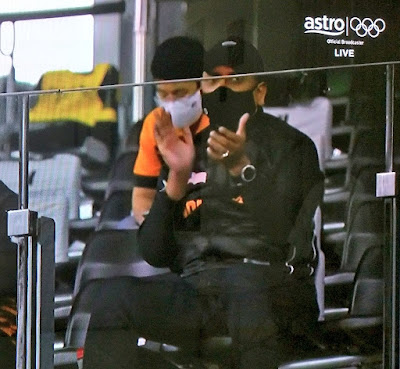 But it surely wasn't the birthday he had in mind.

In fact, his birthday will be remembered as the day the Yang di-Pertuan Agong gave the government a royal ticking off, followed by the defeat of Lee Zii Jia to Chen Long in the men's singles Round 16 match.

Reezal Merican, who is in Tokyo cheering on the national contingent, must have been kept at the edge of his seat not only due to the exciting matches at the badminton stadium but also due to the rather tensed scenario between the ruling Perikatan Nasional (PN) and Istana Negara.

His boss replied the Agong's statement by saying steps taken to revoke the Emergency ordinances were in accordance with the nation’s laws, and Federal Constitution.

Hopefully, things will simmer down in the next few days. Otherwise, Reezal Merican could be leaving Tokyo prematurely to lend his support (and number - since ever individual counts as Muhyiddin enjoys a wafer-thin majority) #DemiPerikatanNasional.

Happy birthday, once again, Reezal Merican. Hopefully, all these distractions did not spoil your day.