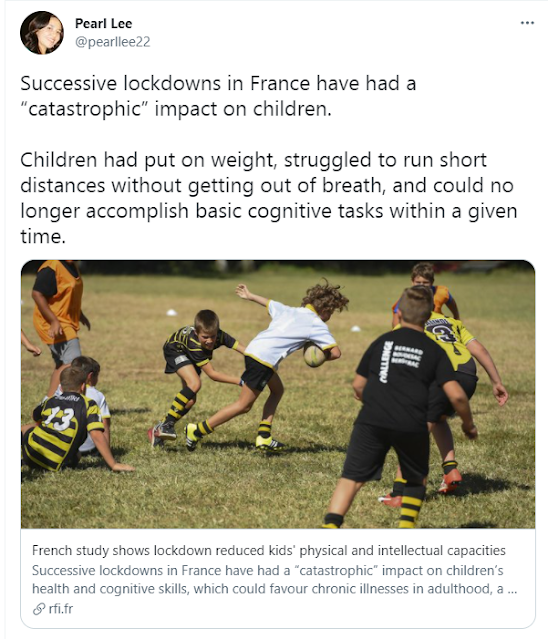 It was regarding a French study on how the lockdowns in the Europe country had reduced children's physical and intellectual capabilities.

I wonder if a similar study has or will be carried out in Malaysia.

Physical activities, especially at the grassroots and community levels, had come to a standstill for over a year.

This reminded me of a Twentytwo13 article published on March 16, 2021. Then Kuala Lumpur Education Department director Zainal Abas revealed:

In January 2020, the body mass index (BMI) of student athletes at the Bukit Jalil Sports School was recorded.

The Movement Control Order was enforced barely two months later due to the Covid-19 pandemic as schools were forced shut. When schools reopened in June for fifth and sixth formers, another round of BMI testing was done.

“From that test, 80 per cent of the students have become successful entrepreneurs in breeding fat,” said Zainal Abas.

And being inactive for so long, a youth football coach said children should not be rushed to play matches.

“The children need time to build up their stamina. They need to get back their strength. You can’t just push them into competitive mode," Youth Football Academy (YFA) Red Star technical director N. Rada Krishnan was quoted by Twentytwo13.

“I hope other coaches also go easy on their trainees. We must always remember that we are dealing with children,” he added.

I truly hope our universities or government agencies would initiate a similar study to evaluate how the various versions of the movement control orders in Malaysia had reduced the physical and intellectual capabilities of children in this country.