Is the man behind JDT truly good enough for Harimau Malaya? 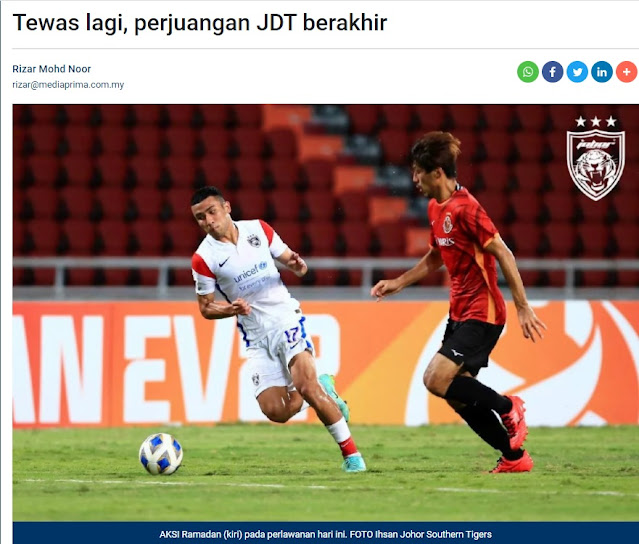 The FA of Malaysia (FAM) basically replied thanks, but no thanks.

On Sunday, JDT dropped out of contention in the Asian Champions League (ACL) after losing 2-1 to Japan's Nagoya Grampus. The Southern Tigers won one out of five matches in the ACL and is placed third in Group G.

For the record, I did not watch any of the five matches and as such it will be unfair to comment on the team's performance.

But the series of defeat got certain quarters riled up. This was one comment I received (published in verbatim):

"Played 5, lost 4. And the head of this jaguh kampung team wants to lead the Malaysian football team!"

It must be remembered that for all the strides the Malaysian Super League champions have made in recent times, this is only their second full season playing in the ACL.

Should FAM reconsider Tunku Ismail's offer or use the latest ACL results as a perfect excuse not to revisit the conversation? Does the national body really need Tunku Ismail, who was once its president?

Will Tunku Ismail give up JDT if he is given the opportunity to manage Harimau Malaya?

Shouldn't the guardians of Malaysian football rope in someone who has achieved a string of successes domestically and in the AFC Champions Cup?

I truly hope for an educated discourse about this matter. No whining on social media (especially on Instagram stories), please.