'Professional or BAM players, they are all one Malaysian team' 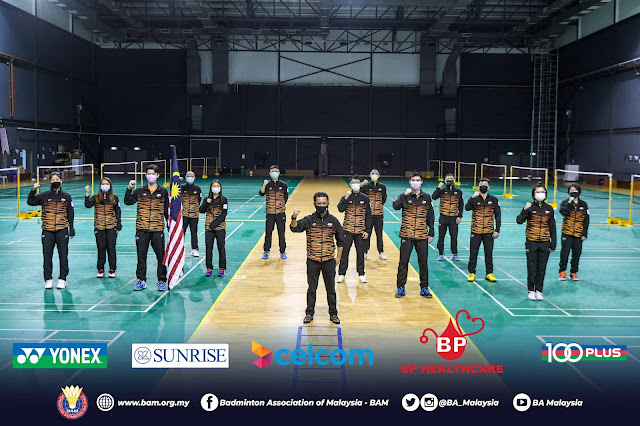 This paragraph caught my eye:

“We didn’t differentiate between the players, whether they were professional or BAM players, they are all one Malaysian team. They worked hard and were committed despite the difficult conditions. I am extremely delighted with their spirit and commitment and confident they will deliver their best in Tokyo.”

This deserves credit. Why? Injecting a sense of professionalism in sports was seen close to a decade ago via the likes of Datuk Seri Andrew Kam (KLRC Bhd) but it was met with much criticism then.

Certain individuals became territorial. It was as though they were competing against players from another country.

This reminds me of my article published in 2019 - ‘Going independent means being truly independent’ (Twentytwo13).

I'm glad that the 'new BAM' is mindful that the best should represent the country - regardless if they hail from the national stable or train on their own.

Norza was also quoted as saying that he was pleased with the form of the younger players like men’s singles ace Lee Zii Jia, Aaron Chia and Soh Wooi Yik. The statement further added:

However, whatever the outcome of this coming Olympics, BAM has already put in place a medium and long time plan, which includes the ‘Project 2024’ and the ‘Junior Elite’ programmes to produce a long chain of players to be constant world beaters.

“We had exposed Zii Jia very early, over the last few years he had participated in numerous competitions including allowing him to lead the team at the Thomas Cup. In Thailand earlier this year, he struggled but I believe the experience has given him the confidence to deal with the challenges and then he won the All-England.”

All the best to the national shuttlers. And thank you BAM for believing in a "one Malaysian team".