After Umno 'bombshell', Reezal Merican in Tokyo as minister or fan? 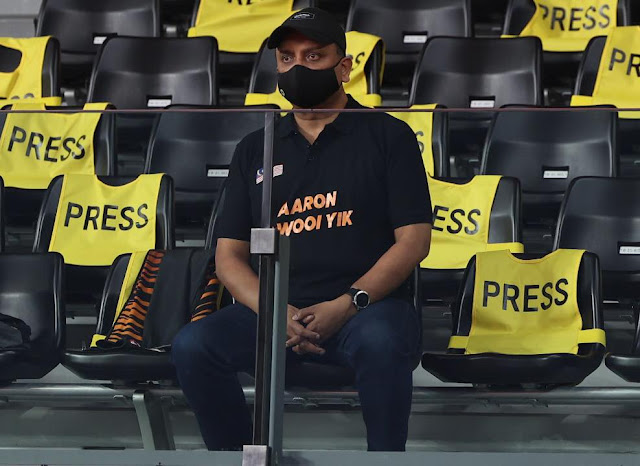 He even celebrated his 49th birthday on July 29 in the land of the rising sun, away from his loved ones. It's not exactly a "relaxed" Olympics, given the various restrictions imposed upon all those competing and attending the Summer Games.

Following Umno's "bombshell" this evening, all eyes will be on the Yang di-Pertuan Agong’s pre-Cabinet meeting with Muhyiddin tomorrow morning, as reported by news website Twentytwo13.

Many are keen to see which other Umno MP will quit next.

Where will this latest saga leave Reezal Merican? Will he wait for the outcome of the pre-Cabinet meeting tomorrow? Or will he just let the process take into effect as if the government had indeed collapsed, then the prime minister will resign and so will his Cabinet - as what happened in February 2020.

To be fair, Reezal Merican could only do so much given his short stint within the ministry. Also, his hands were tied. As much as he spoke up for the industry, the National Security Council's regulations often resulted in sports being the first to be prohibited and the last to open up. This left industry players and enthusiasts crying for help.

In January, I wrote about that the political instability in Malaysia could disrupt Podium Programme revamp. Well, there's also the ongoing canvassing of the National Sports Vision 2030 and it remains to be seen if the effort will be disrupted should there be a change in guard in coming days/weeks.

So will Reezal Merican still identify himself as the Youth and Sports Minister of Malaysia or will he just be a fan in Tokyo?

This political drama aside, Reezal Merican will surely be at the stands to support our national divers and cyclists as they eye for a podium finish.