Will NSC chief now be trolled for using the word 'gagal'? 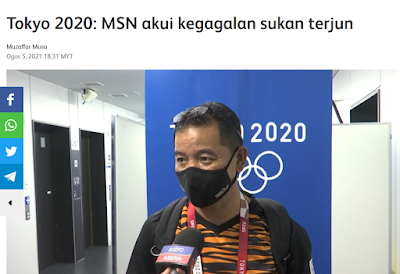 This was published by Stadium Astro yesterday. The quote above was by National Sports Council director-general Datuk Ahmad Shapawi Ismail.

So will Ahmad Shapawi now be trolled for using the word "gagal" (failure)?

Ahmad Shapawi said it as it is. But this Olympics has seen certain quarters arguing that we should use words like "tidak berjaya" instead of "gagal".

Here's what legendary athlete Carl Lewis had to say about the US team in the men's relay:

The USA team did everything wrong in the men's relay. The passing system is wrong, athletes running the wrong legs, and it was clear that there was no leadership. It was a total embarrassment, and completely unacceptable for a USA team to look worse than the AAU kids I saw .

Lewis used the word "wrong" thrice. He said there was "no leadership". His last sentence read: "It was a total embarrassment, and completely unacceptable for a USA team to look worse than the AAU kids I saw."

Should he also tone down his observations to be more "supportive". Should Lewis instead say: "The USA team cuba yang terbaik (did their best). The passing system could have been better but it's okay, they gave a good show, even if they looked worse than the AAU kids, as we have to be supportive."

Here's what a former journalist had to say: 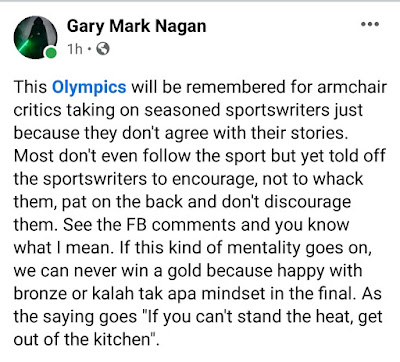 Having dealt with athletes, they are stronger than you can ever imagine. They know what failure is, they know when to bounce back.

Of course they need support, but they also appreciate it when they are kept grounded by constructive criticism.

Let's get real, shall we.