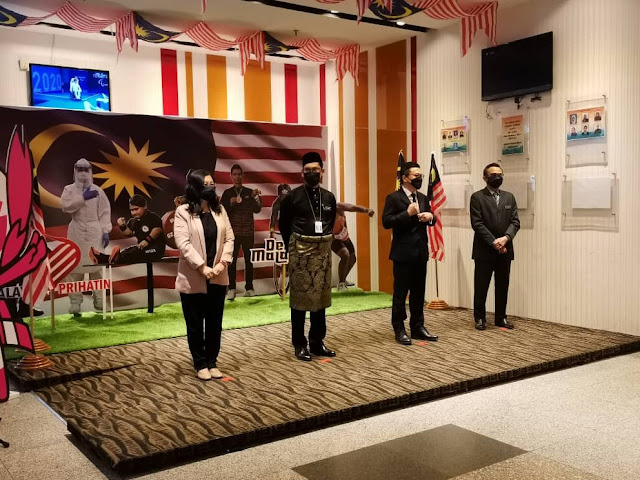 It was the first press conference by the newly minted Youth and Sports Minister Datuk Seri Ahmad Faizal Azumu and his deputy Datuk Seri Ti Lian Ker - but only for selected media.

That itself was a misstep.

Ahmad Faizal spoke about ensuring life after sports for athletes and thanked his predecessors for their past work which resulted in some wins today.

He also knows about the efforts to open up the sports industry by former minister Datuk Seri Reezal Merican Naina Merican but quickly added that it needs the "go ahead or greenlight" from the National Security Council.

With Khairy Jamaluddin being the Health Minister, Ahamd Faizal truly believes the sports lover would eventually allow the industry to operate.

But his first press conference also recorded an apology.

In short, he said sorry for the "kurang cerdik" remark he made regarding Perak FC's predicament in the domestic league. Ahmad Faizal's statement, via a video recorded that had made its rounds, even saw the FA of Malaysia (FAM) rebutting what the former Perak Menteri Besar had said.

He admitted it was lesson learnt and that he would be more careful in his choice of words.

What a way to start the first day in office!

By the way, this was written in front of a television instead of being at Wisma KBS in Putrajaya.

Sorry, Datuk Seri Ti Lian Ker for I would have asked you about your role in using sports as a unifying agent.