Melvin Chia: The 'outsider' who could surprise many in OCM sec-gen race 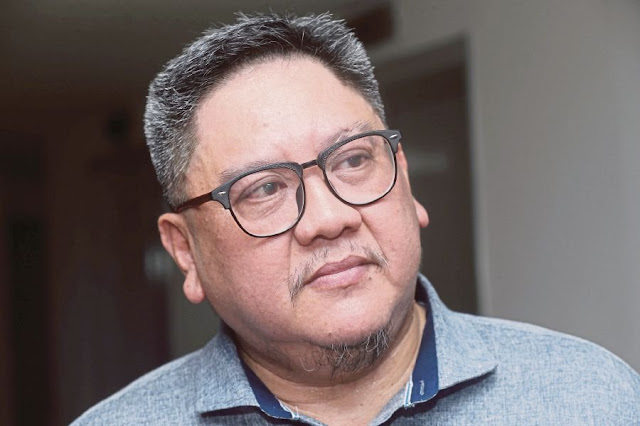 Why on earth would Melvin Chia stand as the Olympic Council of Malaysia (OCM) secretary-general?

"Why not?" replied a national sports association president.

And soon I learnt that the Malaysia Snooker and Billiards Federation president seems to have garnered quite a fan base among the NSAs.

I'm aware of talks that Chia was supposedly "planted" to disrupt plans by certain quarters to boot incumbent Datuk Nazifuddin Najib out. Apparently that's the case with Megat Fairuz Khairuddin - the little known Malaysian Sailing Association secretary-general who is also in the race for the secretary-general post.

The four-way race for a post that was made glamorous by the likes of former secretary-generals Datuk Sieh Kok Chi and Datuk Low Beng Choo - thanks to their personalities - is something we could see at the next general election. Umno, Parti Pribumi Bersatu Malaysia, PKR and PAS gunning for the same demographic of voters in the same constituency. In the OCM context, the four are hoping to get the blessing some the member affiliates in the national sports circle.

Nazifuddin somehow failed to shine compared to his predecessors. It could be no fault of his as he served a big personality - OCM president Tan Sri Norza Zakaria.

Usually, there's can only be one 'lion'. In the cartoon Madagascar, Alex (the lion) was the star. In the all-time favourite Lion King (I loved the 1994 movie; the 2019 remake was horrible), Simba eventually became the king while his dad Mufasa and his evil uncle Scar died.

It remains unclear if the 'lions' will live happily ever after in OCM but Nazifuddin could be in for an interesting adventure ahead - should be win lah, that is.

Megat Fairuz must be there for a reason. It's also a great way for him to tell people of his existence beyond the OCM circle.

Azim? I can't say much as the only time his name pops up, as far as I'm concerned, is just during the elections.

Shouldn't Chia pull out if the talks about him being "planted" is true? Given the feedback I received, he actually stands a good chance of making it. Apparently, the NSAs I spoke to seems to favour him as he has been vocal during the previous OCM meetings.

Chia is also known to have a love-hate relationship with the National Sports Council - a similar feeling most NSAs have. I would like to think there's more "love" than hate is just that both parties just don't know how to express their feelings to each other.

Being an event organiser, he understands the importance of monetisation. Having clocked years of experience running an association that only gets the limelight when it wins medals at the SEA Games, he knows how it feels like being the "anak tiri" something most of the NSAs can relate to.

Chia could very well surprise many. Or we could end up seeing the same faces running the show.