'Don't be obsessed with hockey and football. Concentrate on diving, cycling, archery' 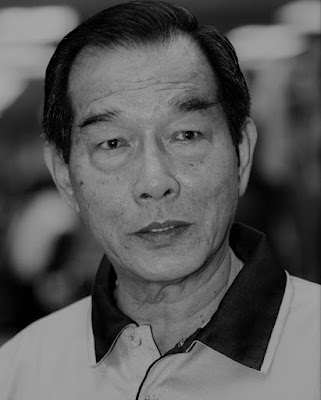 I still keep in touch with several former sportswriters, including Randhir Singh.

Randhir, had over the weekend, sent me a series of messages. I've obtained his consent to publish them:

"Actually we should thank the late Datuk Ho Koh Chye (pic above: former hockey player, coach and administrator). It was he who proposed, during a seminar in the 90s, that Malaysia should concentrate on sports like diving, cycling, archery, shooting, rhythmic gymnastics if we hope to win medals in international Games like the Asian Games, Commonwealth Games and Olympics.

He argued passionately that Malaysia should not be obsessed with team sports like hockey and football as they only offer one medal and their preparations are costly ... sending teams on world tours and after investing millions (in Ringgit) they don’t even make it to the Games or get knocked out in the first round.

Based on our physic we stand a better chance and it is not a contact sport.

The paper was adopted and the National Sports Council decided to allocate more resources and built more facilities, and today it is paying dividends.

He also recommended that police and armed forces be roped into shooting and archery. They have all young recruits and facilities. If u notice many of our shooters are from the police force.

Credit to Datuk Wira Mazlan Ahmad who took up the idea and went big. Mazlan knew well it was the way to go."

Randhir said this took place during a sports dialogue in Langkawi which he covered some three decades ago.

The results we see today in sports like diving, cycling, archery and even rhythmic gymnastics are thanks to the unconventional (and perhaps even seen as "unpopular") views by the then sports administrators who were bold to make changes.

In the recent editions of the Olympics, the A,B,C,D of Malaysian sports (archery, badminton, cycling and diving) have been projected as medal contenders. And they have not disappointed.

The latest batch of politicians or sports leaders already had a good base to work on. All they had to do was to ensure continuity. Sadly, some of them couldn't even get that right.

My fear is that all the hard work by the past administrators would go to waste if there is no clear direction or vision in the coming years or even decades.

The goalposts cannot be shifted each time a new person takes charge of Malaysian sports or the respective associations.