January 26, 2014
OLD La Sallians Association of Klang (Olak-PKT) had to bring out their best to edge 1MAS Perak 2-1 in Division Two B of the Junior Hockey League at the Azlan Shah Stadium in Ipoh yesterday.

However, Olak who have 15 points from five straight wins, were unhappy with certain aspects of the match and have sent in a written protest with a RM500 deposit.

"Although we won the match, I am unhappy with how the umpires handled the match, and have submitted a written protest to highlight the shortcomings which almost cost us dearly," said Olak team manager Joseph de Silva.

Read more in today's NST.
Meanwhile, SS Dhaliwal, a man who knows hockey inside out, took issue over the selection of several fresh faces as coaches on his Twitter account: 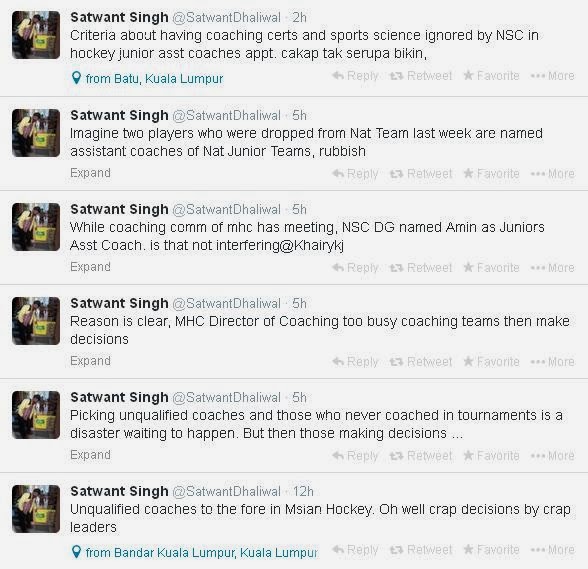