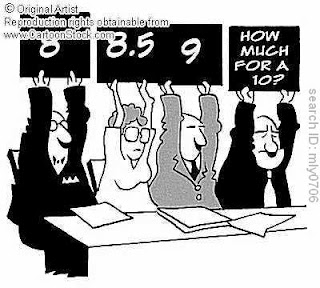 "Gymnasts are not deprived of their baggage allowance. They are sometimes asked to carry gifts that we take for the judges for competitions."

That was the response by a National Sports Council staff who liaises with the Malaysian Gymnastics Federation.

Read From the Sidelines published in today's Mailsports.

Here is the full contents of the email by the NSC staff, based on the allegations made by a coach who once worked in Malaysia:

Answers to the allegations:

a) Gymnasts paying exorbitant amounts for leotards by a certain suppliers...........

Answer: Leotards are paid by the gymnasts personally and usually it is the parents that deal with the suppliers. The NSC or MGF officials do not at all get involved with suppliers. THe NSC has made purchases of leotards but they are rotated among the gymnasts for competitions.

b) ....warning by Australian staff that the police would be called.....

Answer: The gymnast in question was Chrystal Lim Wen Chean and she liked to be reminded by Elena Kholodova by way of tapping on her legs to straighten her knees and keep the muscles tight. This can be confirmed by calling Chrystal Lim at 016XXXXXXX.

Answer: Training camps are usually pre-arranged with the organisers.

Answer: Please furnish us the details of the the French official so that we can follow up on the matter.

Answer: Gymnasts are not deprived of their baggage allowance. They are sometimes asked to carry gifts that we take for the judges for competitions. There are instances that gymnasts not carrying enough winter clothes for themselves despite the managers and coaches reminding them so. We have instances gymnasts going to -20 degrees countries just wearing sports shoes and normal shoes. The Manager had to tell them to call their parents where they brought the shoes to the airport (case in point, Amy Kwan before leaving for the R.G. Asian Qualifiers in Uzbekistan). Or the team manager concerned had to provide them with her socks instead because they did not bring enough. Sometimes, the gymnasts bags are way overweight.

Disclaimer: The contents of the email, spelling, grammar or the use of capital letters or small letters, have not been changed and is published as it is with no mala fide intent. Chrystal's number was not published to protect her privacy.

HD says: I bet some people will brush this off by saying....So? or And?