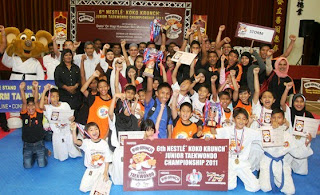 Sungai Petani was the first of three venues where the championship will be held with Kuantan hosting the Eastern Region event on April 30 while the KL Badminton Stadium will host the final leg on May 21.

The championship is sanctioned by Taekwondo Malaysia (WTF).

"I will be making a police report to report the abuse."