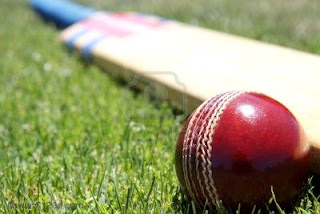 It is so painful that it makes me think why I did indulge in this sport.

That was from the eighth paragraph of the letter written by Johor Cricket Council president Dr Harjit Singh.

Harjit will not be contesting for the top seat as the Malaysia Cricket Association hold its elections today. Read NST for more.

There seems to be internal bickering and backbiting - a common trait in most national bodies manned by officials with personal agendas to fulfill.

Harjit's rather lengthy letter as follows;

THE ONE CERTAINTY OF GAINING OR WINNING A POST IN SPORTING ORGANISATIONS IS THAT ONE DAY YOU’LL LOSE IT. AND SOMETIMES THE GOING CAN BE EXTREMELY PAINFUL.

There was just one discordant note struck in the packed, perspiring room at the Kinrara Oval during the last Biennial General Meeting of the Malaysian Cricket Association 2009. Amid all the toothy grins and cheerily bashful celebration of a profound change of heart by delegates, there were the sullen and melancholy losers, and, any cricket loving person with a heart of human feeling and passion would obviously have felt the sympathy. They had also served cricket and had enjoyed the job.

Differences of “policy and opinion” coupled with a profound lack of common consensus had resulted in their downfall. The unlucky ones had their eyes narrowed, and their expression, previously benign, hardened perceptibly. There was that combative stare, a painful exit with loss of words. Such is the passion the glorious game of Cricket commands. They took a mental step back and blathered something about delegates being deceptive. They had hit a nerve. It is not so much that they were right in the case at issue - their lugubrious demeanour should never be taken too seriously – in the general scheme of things.

Is it any longer possible to regard the hierarchy of Malaysian Cricket as something to be enjoyed doing, when the scrutiny, expectation and judging are so constant and cruel, and when an official is no sooner appointed than the hawks have begun to whip up speculation as to when, and how, he will lose the job? This demeanor even before a candidate is victor in a democratic election?

There is this unattractive tendency these days to “group campaign” rather than assessing an ‘outside the camp’ individual’s attributes, abilities and passion. And if the ‘outside the camp’ person were to succeed in an otherwise ‘group campaign’ majority win, he will be disowned abruptly by the majority in the corridors of power once he attains such authority. It is as if he ceases to be a worthy subject, of this glorious gentlemen’s game we call Cricket, for support and become an object to be heckled, harassed and generally derided until the position he holds becomes untenable.

There is a trend perpetuated in politics and sport, the two most publicly argumentative spheres of our life. And, while there may be those involved in running political groups who beg to differ, the rather more trivial responsibility of being in the hierarchy of Malaysian Cricket has few equals when it comes to the syndrome of the REVOLVING DOOR. It seems you are already adjudged out even before you come in to bat – timed out?

The trail of sporting hierarchy, indeed, is strewn with complicated incidents of back-biting etc. It has sometimes appeared beyond the wit of man to administer a hierarchy handover in which nobody is hurt, belittled or ridiculed.

I have been told to believe that I have attained the most nominations for one of the positions of ‘authority’ in the forthcoming biennial unpleasantness and coupled with the promised support of at least two of the three states that did not send any nominations, and, either modestly or proudly, acknowledging the fact that I am a born survivor amidst all the factors of ethnicity and regional factors compelling the sporting destiny of our nation, I have had to very painfully decide acceptance or declining in the face of the expectations of the State affiliates, especially those outside and in the periphery of the Klang Valley.

It is so painful that it makes me think why I did indulge in this sport. I could have done better looking after my family and other charities. But it is the passion that was transfused into my body and soul by my dear father, Meva Singh, and his friends in the Kilat Club of the old, the MS Maniams, Rajalingams, Shepherdsons especially Mike, the Gurucharans, Ranjits and many others not forgetting the inspirational Alex Delilkan (Prof Emeritus Datuk), Karu Selvaratnam and including the late Dennis de Silva and Peter Selvanayagam. The sporting atmosphere was different then – it was all about passion and passion ruled the cricketing fraternity.

My mind has been exploded by the complex chain of thoughts and soul-searching, whether my advancement into the fire of officialdom to sincerely serve the King of Games would ever be appreciated, and, which has in the past been a proven mistake to those who had trodden on this vicious path. I even speculated that this soul-searching might all be in vain and a new line up coming in anyway, and, with my position not being in any group, I never found a realistic option than to reach a momentous decision of withdrawing from the field rather than be upstaged by forces from within and outside even after being elected.

In spite having support from most quarters and then being combined with a sense of unease, a feeling that I would frustratingly be walking away from a job which I believe I had become rather good at (forgive my self-confidence), as President of Johor Cricket twenty five years and having served Malaysian Cricket’s Deputy Presidency thirteen years, and then, leaving the job and work half-done because of any untenable circumstance around, I felt I should be rather work with the new team from outside and extend my full support. My absence would perhaps bring a sense of relief to them, I suppose. I can still recall and cast my mind back to 2003, raise my head from a putt and come up with an interesting anecdote about my own departure from the bed of thorns.

I sincerely apologise to all affiliates who have given me their unsolicited support and urge them to work hand in hand with this new group. We should all have and believe in high expectations from this new group and I am confident they will perform.

Finally, I hope the incoming band will undertake their responsibility seriously and to not exhibit their undesired authority especially on the State affiliates and players. They have to look beyond the Klang Valley. On a lighter note, it is not beholden that the Klang Valley is God’s gift to Malaysian Cricket as the composition of this new brigade will depict. Cricket is played everywhere today. We have been struggling all these years from the time the new Malaysian Cricket Association arose from the grave in 1990 and brought it to the level of today, thanks to collective support from all quarters.

I wish Malaysian Cricket and its new custodians all the best and stand down not retired hurt.

HD says: I'm still keeping my Sunil Gavaskar cricket bat which I bought in New Delhi some 15 years ago.