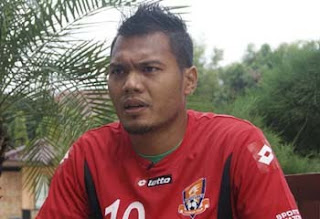 Those were the words of international striker Safee Sali.

The Tapah-born Safee is now playing in the Indonesian League but is very much interested in returning to KL as the city hosts three English clubs - Arsenal, Chelsea and Liverpool - during their summer break.

National coach K.Rajagobal has requested for Safee's schedule for the month of June and July.

It remains unclear if Rajagobal's lads, Ong Kim Swee's boys or a Malaysian Selection led by Kim Swee will take on the English outfits.

Also if the Indonesian League is running during that time, will Safee's Indonesian club allow him to leave for almost 14 days?

HD says: Would prefer covering MSSM football than the EPL teams in KL.