November 06, 2012
Nazmi Faiz Mansor missed his SPM examinations yet again as he is currently plying his trade in Portugal.

This is the second time Nazmi missed the crucial examination as he was involved with the Sea Games last year. His efforts were not wasted as the national Tigers went on to defend their gold medal in Jakarta. 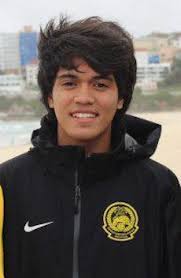 Naturally, many questioned to why Nazmi missed the examinations. Living in an academic-centric society, many believe Nazmi should have sat for his papers - just like what Nicol David did and she passed with flying colours.

There are others who stress that Nazmi should be allow to pursue his career in Portugal and that it is alright to sideline his books temporarily.

Perhaps Nazmi can get pointers from a 55-year-old grandmother who is currently sitting from the examinations in Kedah as reported here.

Now this brings us back to the role played by sports schools in the country.

Sports schools in Malaysia are governed by the Education Ministry and they are to adhere to the regulations set. This means that principals will be questioned if their schools record low passing rates.

School teachers are also bogged down with other activities. They seem to be forced to do everything else but teach.

Will they be encouraged to pursue their careers? Or be told to put it on hold? Is it possible for student athletes these days to follow the footsteps of Dr M.Jegathesan who ran for the nation, broke records and became a doctor?

And do parents accommodate their children's dreams?