November 23, 2012
FA of Malaysia president Sultan Ahmad Shah expressed his disappointment with the poor results registered by the national team.

Singapore are taking a modest approach before their curtain raiser against hosts Malaysia in the opening match of the AFF Cup.

However, here's a heart warming article to how football unites.

A soccer match between Muslim imams and Catholic priests has helped raise funds for a new kindergarten in Bosnia.

More than 4,000 people paid 1 euro ($1.30) to watch the game in the central town of Zenica on Wednesday night, cheering "Bosnia, Bosnia" and celebrating whoever scored. 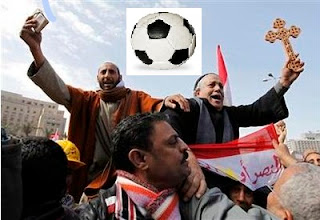 His good friend, Imam Jakub Salkica, said both sides got along well, but joked that shouldn't raise suspicions about match fixing.

Nearly two decades ago, more than 100,000 people died in this country in a war that involved Muslim Bosniaks, Christian Orthodox Serbs and Catholic Croats.

And this is not the first time for there was a similar match between imams and priests in Bosnia in 2008. In that match, the imams won 8-2.