Just a bunch of losers

August 06, 2014
A commentary by Mailsport team, as published on the back page today.

PETALING JAYA — Many sports associations in the country are ready to hand over the keys to their kingdom to the National Sports Council (NSC) as they are afraid of losing funding if they were to go against the government agency.

NSC yesterday called for the council to be given more power to determine the list of athletes for the Asian Games following a dismal outing at the just concluded Commonwealth Games.

For the record, Malaysia returned with six gold medals, one short of their modest target and half of what they won at the last Games in New Delhi four years ago.

High ranking officials from several national sports associations (NSA) said they are willing to allow NSC to take the lead in selection since it is their “paymaster.”

If that is the case, then we might as well do away with sports associations. Since these bunch of losers are so desperate for handouts, they don’t deserve to be running their associations anyway.
This also begs the question as to what will happen to the Olympic Council of Malaysia (OCM), who by right, is the guardian of sports in the country.

Perhaps some have forgotten most international bodies abhor interference from the government and sports associations could even face suspension. 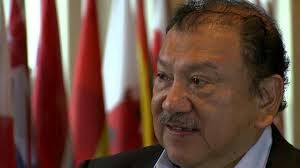 OCM president Tunku Imran Ja’afar (pic), who is still in Scotland, was not amused when informed about NSC’s move.

While saying NSC has the right to voice out opinions, he warned NSC “must not overstep its boundaries” and advised NSC to work closely with NSAs instead.

But, should NSC be given a free rein to do as it sees fit, when it is partially to blame for Malaysia’s mediocre outing in Glasgow as it already sits on the selection committee?

As Sports Minister Khairy Jamaluddin rightly pointed out: “Even without deciding on athletes, NSC has to shoulder responsibility because much of the elite athlete programmes for the Games are undertaken by NSC.”

He also said there needs to be wider consultation involving OCM, NSC and the respective NSAs and promised “I will guide the process as we must all be accountable.”

He then wrote on his Facebook page that “A failure is a failure” and didn’t accept NSC’s excuse several athletes “were close to winning gold” as the bottom line is the Malaysian contingent returned with only six golds.

So, on the one hand we have someone like Khairy who is willing to walk the talk and take responsibily, and on the other, we have an agency who, despite failling big time, is refusing to acknowlege its fault and instead is trying to grab more power.

No plans for the future

Meanwhile, it is not just the officials who are clueless.

Liew Daren, who has been dropped from the Asian Games after losing in the quarterfinals in Glasgow, is another who deserves to be erased from the national team.

When asked about his exclusion, what he needs to do to regain the faith of the national selectors and how he plans to bounce back, he offered a feeble: “I will need some time to think about that.”

To top it all off, he doesn’t even know what tournaments he should be targeting to make his way up the rankings, saying: “I haven’t thought about it yet.”

Perhaps the national selectors should not think about him at all as he has consistently failed to deliver.
commonwealth games Khairy Jamaluddin national sports associations National Sports Council Olympic Council of Malaysia Sports tunku imran tuanku jaafar