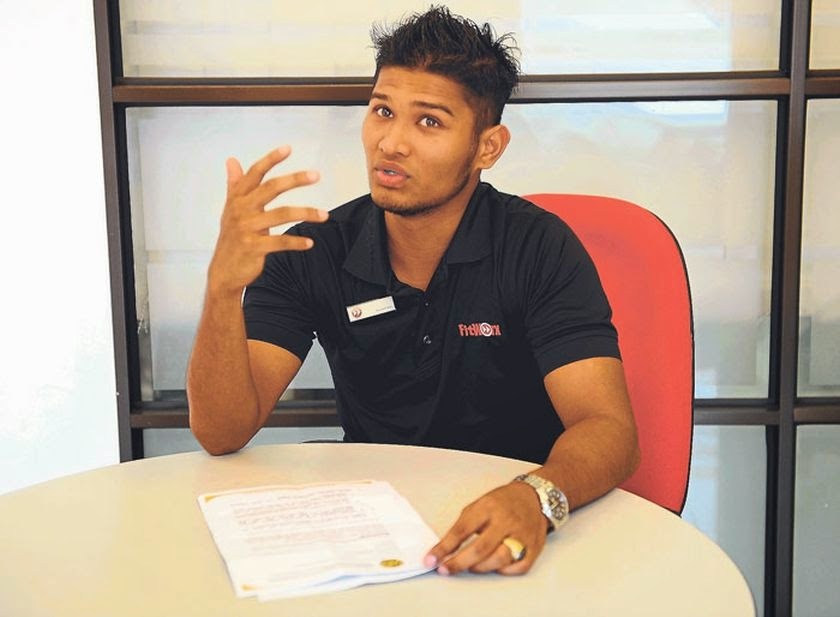 Jeremy Matthew Danker started his career with Public Bank FC in 2003 and made his break with the now defunct UPB-MyTeam in 2007.

He donned KL’s colours for a brief period before featuring for Sabah FA and Johor United. He returned to Kuala Lumpur in 2012 but that marked the end of his career.

He left the sport for good and now works as a personal trainer.

But Jeremy is a “victim” too.

After numerous phone calls and letters to Sabah FA and FAM, the national body’s players’ status committee made a decision requiring Sabah FA to pay him the monies owed within 14 days of a letter dated January 24, 2014.

It has been almost eight months since the letter was issued. Yet, Jeremy has not received a single sen.

“I was informed that the Sabah FA is unhappy with FAM’s decision,” said Jeremy.

“Sabah FA owes me money and FAM has made a decision. Why is it not being followed?”

FAM, however, assured Jeremy he will receive the money.
FAM general-secretary Datuk Hamidin Amin provided a reprieve. He said: “Since Sabah FA is not honouring the decision made by the committee, FAM will deduct the amount owed from the annual grant to Sabah.”

When told of Hamidin’s assurance, Jeremy was relieved.

“But how long more will it take?” he asked.

It is baffling a state FA can choose to ignore the instructions of a national body and get away with it.

This, in a way, ridicules FAM’s role as the governing body of the sport in the country.

This is about a player who is owed money and upon lodging complaints through the proper channel, a decision was made in his favour.

So if Jeremy can honour his part of the bargain, why can’t Sabah FA do the same and pay up?

It does not help that certain quarters claim the state FAs are mightier than FAM, able to flex their muscle and push their weight around, as clearly evident in this case.

FAM is made up of members from the state affiliates but if those within FAM were truly independent and had no links with the respective states or clubs, only then transparency, professionalism and fair-play could prevail.

If only Malaysian football truly embraced these key elements, we would have been at par with the likes of South Korea and Japan a long time ago.