PKR: Who said palace not in favour of Wan Azizah? 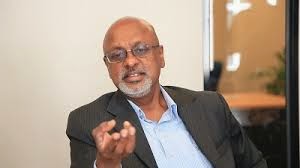 PETALING JAYA — PKR dispelled talk that the Selangor palace was not in favour of Datuk Seri Dr Wan Azizah Wan Ismail to run the state.

“What evidence does anyone have to claim Tuanku is not in favour of Dr Wan Azizah?” asked PKR supreme council member R. Sivaras.

Sivarasa refused to be drawn into any speculation whether Sultan Sharafuddin Idris Shah had not agreed to Dr Wan Azizah being menteri besar.
Pakatan would have to propose another candidate if that occurred.
“We will cross the bridge when we get there. But let’s be clear about the duties of the Sultan as per the Selangor constitution. Tuanku has discretionary powers regarding the appointment of the menteri besar and agreeing or disagreeing to dissolving the state assembly,” he said.
The Subang MP, a lawyer by profession who is in the thick of the Selangor episode, clarified there was no need for any state executive council member to step down as they would all “have to resign the minute Khalid quits as menteri besar”.
“If Khalid resigns, the exco members automatically step down and a new line-up is then appointed by Tuanku, upon the advise of the new menteri besar.”
He said the matter of Johor Sultan Ibrahim Iskandar appointing an MCA assemblyman to the state exco did not apply in this case. Pulai Sebatang representative Datuk Tee Siew Kiong was chosen by the Ruler to represent Chinese interests after the MCA leadership refused government posts following its poor showing in GE 2013.
“In Johor, the menteri besar gave in to the request. There is always room for give and take but there is nothing in the constitution that states the Sultan has the power to elect the exco. His role is clear,” Sivarasa said.
He said there was no need for the exco members to quit as they still had to run the government.
“They need to serve the people.”
Insiders claim PKR and DAP “will instruct” its exco members to relinquish their positions, leaving Khalid to work with PAS exco members many of whom are aligned to him.
Sivarasa quashed talk that the menteri besar must be Selangor-born and that a woman was not suitable for the job.
“There is nothing in the constitution to suggest such. If Dr Wan Azizah is required to perform customary functions, like accompanying Tuanku to the mosque, she can appoint a male representative to do so.”
Sources close to the palace said the Ruler continued to meet with legal experts to “further understand” the unprecedented situation and denied speculation that he had met with PAS leaders to get their take on the crisis.
datuk seri wan azizah wan ismail Menteri Besar Pakatan R. Sivarasa Selangor sultan sharafuddin idris shah Tan Sri Abdul Khalid Ibrahim