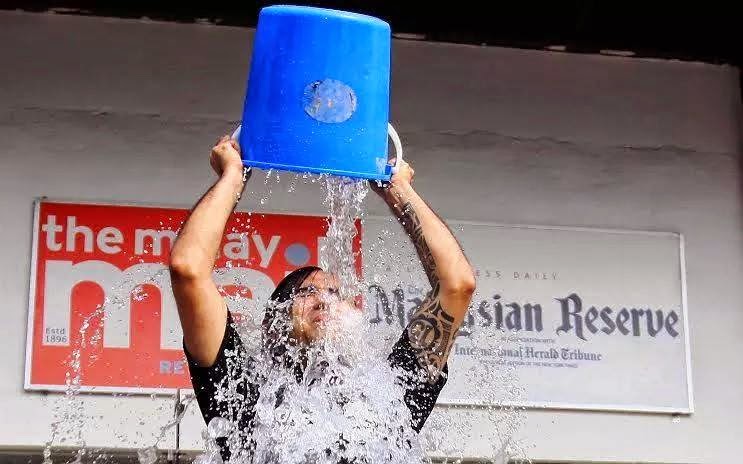 PETALING JAYA — The heat was on three senior editorial staff members at Malay Mail yesterday when they took the ice bucket challenge to raise funds and awareness for Amyotrophic laterral sclerosis (ALS), better known as Lou Gehrig’s Disease, and research for prostate cancer.
Editor-in-chief Datuk Wong Sai Wan, who was nominated by The Star group managing director and chief executive officer Datuk Seri Wong Chun Wai, took on the challenge with assistant editor Purwaiz Alam and editor (investigations and special projects) Haresh Deol.
Each of them went beyond what was required and took the challenge three times — a condition to get the donations.
“This is for a good cause and I hope no one goes through ALS.
“This is personal for me because my cousin died of it 10 years ago,” said Wong.
The RM4,000 collected will be split between the ALS Association and the Prostate Cancer Foundation in the UK, the US and Australia together with a relevant men’s health charity in Asia.
“I am also riding in The Distinguished Gentleman’s Ride on September 28 in Kuala Lumpur to raise awareness for the research of prostate cancer,” said Haresh.
While some are critical about the challenge wasting perfectly good and clean water, Purwaiz said they used rainwater.
“We are thankful that it rained in the morning, so it helped us contribute to conserving water.
“If you do it in the right way, the message will get across and it is definitely worth it,” he added.
After the challenge was completed, Wong nominated MAS head of strategic communications Datuk Najmuddin Abdullah and Iwan Media chief executive officer Datuk Ishak Istiaq to take on the challenge. 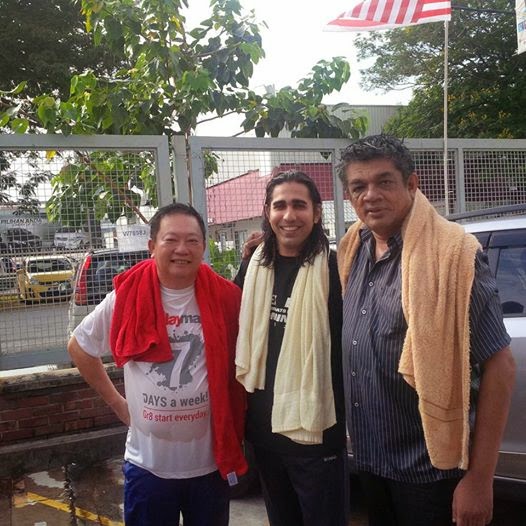 The ALS ice bucket challenge has participants dunking themselves with iced water while being recorded on video.
It has gone viral worldwide since it started in the US.
Notable celebrities have also participated in this challenge.
ALS is a degenerative and often terminal disease of the nerve cells and spinal cord that controls voluntary muscle movement.
Those who suffer from the disease experience muscle weakness, twitching, difficulty in using their arms and legs, and difficulty in talking, breathing and swallowing.
The disease is more commonly known in the US by its everyday name, after baseball player Lou Gehrig died of the illness in 1941.
alam purwaiz ALS Ice Bucket Challenge haresh deol rain water the distinguished gentleman's ride wong sai wan