Will sports officials ever be accountable? 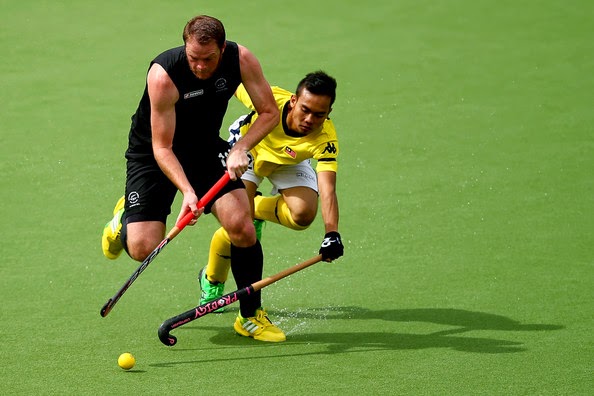 A SERIES of tweets followed by interesting conversations with several former athletes.
They surrounded the performance of our athletes at the recently concluded Glasgow Commonwealth Games which saw the national contingent returning with six gold medals — one shy from the initial modest target.
Sports reporters, observers and fans demanded for accountability while others sighed, adding nothing has changed over the years, as evident in a series of tweets over the weekend. This was hours before our national women’s and men’s doubles pairs Vivian Hoo-Woon Khe Wei and Tan Wee Kiong-Goh V Shem bagged the nation’s fifth and sixth gold medals respectively on the final day of the Games.
Earlier, fans cringed after witnessing the men’s singles shuttlers failed to carry on the tradition of retaining the gold medal since 1990. Chong Wei Feng lost a keenly-fought contest against RV Gurusaidutt of India in the quarterfinal while Liew Daren was smashed out by eventual gold medallist India’s Kashyap Parupali.
What added salt to the wound was the fact Singapore’s Derek Wong Zi Liang made it to the final. Wong had lost to former world junior and Asian junior champion Zulfadli Zulkifli in the Singapore Open in June last year and at the Malaysia Open in January.
“So disappointing,” said former Commonwealth Games gold medallist Ang Li Peng.
Ang, who partnered Lim Pek Siah in the women’s doubles event and won the 2002 Manchester Games, blamed the whole fiasco on “improper planning”.
“And I don’t mean just for this Commonwealth Games. I’m talking about an overview of badminton in the country,” Ang, who is now a lawyer, said.
“I’ve been in the system, so I know how it is like. There needs to be vision by the management and the players. They need to know what they want to achieve and how best to achieve it. Such things do not happen overnight.”
Echoing similar sentiments was a former national hockey player, who spoke on condition of anonymity.
Bitter with the poor outing by the hockey team, he insisted Malaysian Hockey Confederation officials (MHC) must be held responsible.
The national team won their opening match 2-0 against Canada but it was downhill thereafter as they were thrashed 8-1 by England, humiliated 4-2 by Trinidad and Tobago and were spanked 6-1 by New Zealand. The team, whom many believe had played under protest over differences with the coach K. Dharmaraj, edged Scotland 2-1 to finish seventh in the Games.
“There are 49 MHC council members. How many of them actually understand hockey or have done anything for the sport?” asked the player.
“Most are eager to surround themselves with (MHC president) Tengku Abdullah (Shah), hoping their constant Ampun Tuanku would get them to places.
“But it’s more of mengampu (to butter) Tuanku.”

Only two officials bothered to turn up

He pointed out none of the officials were seen on the ground and even during the national leagues. I had, in my column It’s a bloody shame published May 15, 2013, highlighted only two MHC officials attended the TNB Cup return leg semifinal between TNB and Maybank.
“If I were to be the sponsors, I would think twice of sponsoring the league next season. What is the return of investment?”
He said the team’s disappointing performance was beyond bruised egos or internal bickering. It was simply the result of poor planning — from the development of players at the grassroots to enforcing the right tactics at the international level.
“It is very easy to blame the players and coaches but the officials are equally responsible. They are leaders of the state associations but how many states run their own leagues? What is their key performance index? How much of money do they raise every year?”
He is right in every sense.
National sports associations are supposed to be the guardians of the sports. Despite a thriving sports industry, many still beg for government funds, allowing third parties to then dictate terms.
The Sports Ministry should be absolved from this responsibility. As I have said many times before, the ministry and its agencies should merely facilitate and concentrate on sports for the masses.
Tax-payers money were spent and it must be justified.
Leave the elite training and development to the national bodies and if they fail, then those within the organisation must be answerable. If government agencies are eager to continue playing the role, then they too are subjected to such scrutiny and heads must roll if the slack continues.
Sports Minister Khairy Jamaluddin, had on Sunday, tweeted demanding for a post mortem, stressing the importance of mental strength and promising changes. I replied saying we’ve heard this before, even from his predecessors.
Khairy replied: “Haha. True. It all remains true though. It’s whether or not we can get it done.”
I believe the question is —  will it ever be done?

HARESH is editor (investigations and special projects) of Malay Mail. He can be reached at haresh@mmail.com.my or on Twitter @HareshDeol
Picture from: www.zimbio.com