‘Football is the last thing on my mind’ 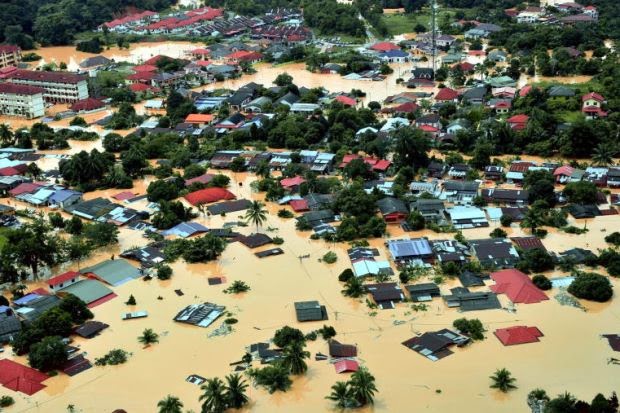 “I saw two people drown in front of me near my house several days ago. I wanted to help them so badly, but I couldn’t do anything due to the strong currents. I saw them drift away helplessly.

The flood situation is at a critical stage. My previous residential area near Grand Riverview Hotel in Kota Baru was totally destroyed. My family members are all over the place ... some at evacuation centres, some staying with me.

My friends are also suffering. One of them just lost five cars as a result of this tragedy. The entire Kota Baru town is submerged in water. It has not rained here, but heavy rain in places like Gua Musang and Kuala Krai have resulted in water gushing into our town.

You can’t drive in Kota Baru any more, it is that bad. Even though it has always rained here during the monsoon season, it was never this critical. I have never experienced such a situation in all my 32 years living in Kelantan.

I’m not even thinking about football at the moment. Our stadium (Sultan Mahmud IV Stadium) is under water. Water at Kota Baru Hospital is also up to waist level and patients in serious condition are either being rescued by boats or helicopters.

Many are trying to flee to higher ground. My friends told me the water level in Gua Musang has ceased a little but if it continues to rain, the situation could get worse than before.

I pray Kelantan receives immediate help from the relevant authorities. I pray for divine intervention from the ‘Man above’.

Maybe this is a test from God, and it has been a stern one. I hope the public can come together for Kelantan. We must believe things will get better, and I urge my fellow Kelantanese to stay strong.
I hope the authorities also play their part and lend their support to not only Kelantan, but the other states affected by the floods as well.”