A Trophy you would want to keep 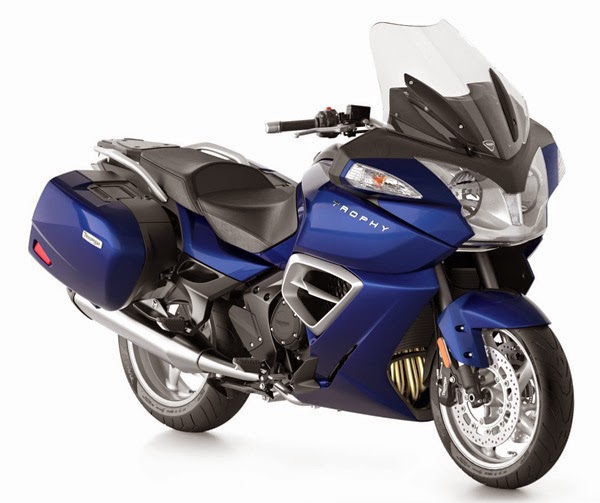 This is not your average motorcycle review. This is neither a bodek (flattering) posting.

I love my Kawasaki Vulcan 800A. I call it Pat-Poh, mainly due to the sound it makes (although in Cantonese it means busybody). I never really fancied plastic bikes with tupperwares everywhere.

But the Triumph Trophy changed my perception towards touring motorcycles.

It oozes elegance and is certainly an eye-candy. And I have been shamelessly ogling at the bike for long time, much to the annoyance of the good folks at Triumph Malaysia.

After months of admiring the beauty of the Trophy from afar, like a child who has been eying for a particular toy all along, I finally got my chance of riding the demo motorcycle, thanks to Fast Bikes Sdn Bhd chief operating officer Razak Al-Malique.

I will not pretend to be a motoring expert by explaining the technical bits that powers the Trophy. I will simply give you an honest assessment of my riding experience.

He had this weird look on his face and tried to be polite by giving a diplomatic answer. But I bet he wanted to say:
a) Lu bangang ka?
b) Oh f***, I hope the bike returns in one piece.

I rode it to office. It wasn't really a good day in office and I only managed to wrap things up at 11pm.

And the adventure began. I believe the Man upstairs wanted to see if I truly deserve to ride a Trophy. So throughout my journey from Petaling Jaya to Ampang, I managed to test the true capabilities of the bike - riding through rain, bumpy roads, tested its speed on the Ampang-Kuala Lumpur Elevated Highway, get stuck in traffic, a roadblock, going uphill and downhill before parking the bike in the porch which was wet and slippery due to the heavy rain.

I slept with a smile on my face.

I impressed my neighbours with the bike's stereo-system as I turned salesman for the hour, telling them what little I know about the bike. I rode to work via the Duta-Ulu Kelang Expressway (Duke) and was amazed with its performance. While the exhaust note is rather 'lembik' (soft) compared to my modified Pat-Poh, the engine sounded 'rough', especially when I changed gears. But it was a good kind of rough. The bike, despite its size and weight (301kg), felt very light when cruising. I was smiling all the way to work.

After work, I put the handsome Trophy to the real test -- the 'wife test'. 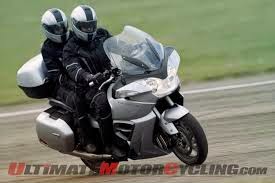 Wifey loves riding and I salute her for sacrificing her comfort sitting on Pat-Poh's narrow seat whenever we ride long distances.

So she finally sat on the bike and throughout the journey her memorable words were:

And when we got home, she said: "I don't feel tired at all. If you ask me to go to work on this bike, I would say yes."

I am forced to part ways with the macho Trophy. I returned it with a heavy heart. But it has changed my perception towards such plastic tupperware motorcycles.

Verdict: It's big, but light on the road. There are so many settings and buttons that you wonder if you would actually use them. It's comfortable, very very comfortable. There's plenty of luggage space. More importantly, wifey enjoyed the ride. Need I say more? 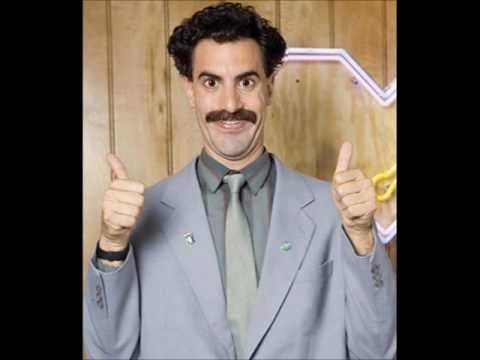 For those who want to know more about the Trophy SE, visit these links:

http://www.triumphmotorcycles.com/bikes/trophy/2014/trophy-se#specs
http://www.motorcyclenews.com/bike-reviews/triumph/trophy-1200/2012/
http://www.cycleworld.com/2012/09/07/2013-triumph-trophy-1200-se-first-ride-review/2/
Disclaimer: This is not a paid advertisement. This was written with the genuine intention of writing an honest review about the Trophy -- minus the tech-talk that I will not pretend to understand.
Fast Bikes Sdn Bhd motorcycle Razak Al Malique triumph Trophy SE