MALAY MAIL SAYS: It will be sunny again. Come out it will. 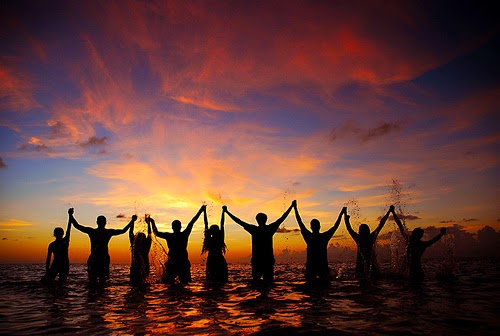 It epitomises the utter array of horror.

We did not know how to solve problems.

We had crises. We fixed some. We allowed some to fester.

Perhaps, there were some upsides. I am trying to think of what they were.

Always, the bad seemed to crowd out the good.

Maybe the good news was that our eyes were opened, at least a little bit.

But what we saw was downright depressing.

2015 will surely have plenty of bad news in it.

That 2014 could have been worse should offer some hope.

‘Smart’ people predicted a lot of even-more-terrible things in 2014 that never came to pass.
That might feel like a low bar.

But these ‘averted’ catastrophes point toward some interesting ways to be optimistic about 2015.

Unless, of course, someone wants to carry the misfortune into 2015.

Unless someone wants the system to crack beyond repair.

None helped to jolt Malaysia’s economy, politics or society out of a sense of being stalled.

The country found itself trapped between necessary choices propelling the country forward and troublesome elements bent on disrupting peace. Harmony got lost.

Politicians in their peculiarly over-enunciated way promised the people a somehow better life in 2014.

It was all a stardust-sprinkled illusion, of course: the country is in such an astonishing mess.

The infectious and loveable thing about Malaysia is that her adrenaline is therapeutic. So, why make her cry?

2014 has been a bigger lesson in realism.

2015 must see a downpour of fierce desire to purify society and politics in Malaysia.

We are all in a kettle and boiling hot. We have less than 24 hours to get past the negative shocks of 2014.