GOING NUTS: Love is all you need

ONE of The Beatles’ most famous songs is All you need is love.

In these trying times with another Malaysian affiliated plane mishap and over 200,000 people affected by the worst floods in living memory, we can all do with a little bit of love.

Watching and reading how Malaysians from all walks of life Come together to help flood victims have restored faith we can indeed live up to the 1Malaysia slogan — hopefully we don’t need another tragedy to make us realise this.

Another unifying force is sports. Remember how we all cheered for the national teams during the Thomas Cup final and more recently the AFF Cup?

Yet, there are many individuals who strive to take advantage of sports. Here are some wishes for the year ahead and beyond which hopefully can help stop them.

Keep race and politics out of sports

It is disheartening there are still some idiots who use the race card.

One such person who doesn’t deserve to be named suggested Chinese will never truly support the nation. He even questioned who they will cheer for if Lee Chong Wei was to play Misbun Sidek.

There have also been many other instances of officials suggesting how certain teams could be improved if one or two players of different races were included — never mind if said players were dropped because they were not good in the first place.

A couple of weeks ago, one “bright spark” made public his plan to distribute flyers demanding petrol price be lowered to RM1.90 during the AFF Cup final between Malaysia and Thailand.

He backtracked after he was lambasted by fans and critics.
Politicians from both divides use sports (many menteris besar are also presidents of state football associations) as a means to remain in the public eye as they know how powerful it can be as a unifying force.

However, only a handful have succeeded in separating politics from sports.

Royalty and politicians to take a backseat

There is nothing wrong with having either one heading sports associations (cough,
cough).

Just a suggestion. Instead of making them presidents, why not limit them to being patrons — who have no say in the running of the associations.

This allows them to still feel important and at the same time feed their massive egos.

Many times officials sell a royalty’s name by telling those down the line “Tuanku said we should do this” or “Tuanku wants it done this way”.

Of course being Malaysians we follow blindly as royalties are “untouchables” — which is also why, unfortunately, no one dares stand against them when it is time to elect a president — even if a commoner is more qualified to lead an association.

Going back many years, a hockey official once whispered in the ear of a national player, requesting him to pass the ball to a certain player during selection for the national team as he wanted “more players from my state to be selected”.

The player turned him down and said everyone should be chosen on merit.

From next year, let’s see a change. Only get the right people in charge instead of allowing those in privileged positions to have their way.

Limit an individual to one or two posts 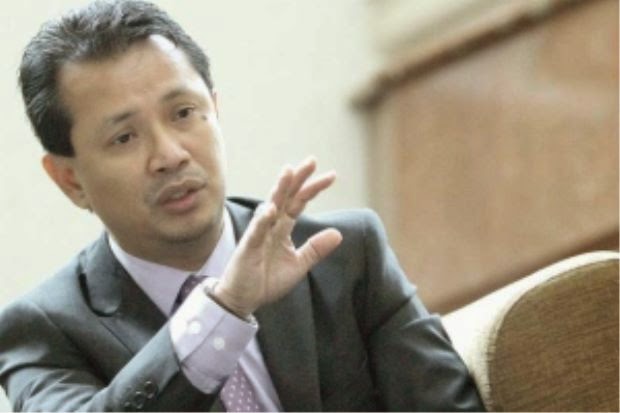 A trusted lieutenant of Sports Minister Khairy Jamaluddin, Norza among others is
BA of Malaysia deputy president as well as its anti-doping working committee chairman, president of Kuala Lumpur BA, chairman of the National Sports Institute, FAM treasurer and chef de mission of the 2015 SEA Games.

Why does one individual need to sit in so many associations? Can he effectively divide his time among them all?

Previously, former Perlis menteri besar Datuk Seri Shahidan Kassim was taken to task as he was Perlis FA president, as well as among others, Amateur Swimming Union of Malaysia, Kabaddi Association of Malaysia and Malaysian Amateur Athletics Union (now the Malaysia Athletics Federation).

He was also part of FAM by virtue of being the Perlis FA head.

Let’s set a limit and give others a chance.

Pay athletes what they are worth — and on time

The main culprits are the state FAs who sign players on high salaries — only to find they don’t have enough money to pay them at month’s end.

The latest incident involves the Perlis FA whose players alleged they were last paid in September — for their June salary.

Many associations also usually underpay locals — athletes and coaches alike — and consider foreign coaches the way forward even though there are many qualified local coaches available.

Let’s move forward and give Malaysians a chance to show what they are really capable of.

Oh, and award jobs to people who know what they are doing — be it building a stadium or getting the right grass for the National Stadium.

OK, this one isn’t sports related but affects us all.

There are a lot of idiots out there spreading hate but many of us are guilty of promoting them by sharing links to their hateful articles.

If they really offend you and you want to share your outrage just give a synopsis of what they said without mentioning the websites or portals who are helping them become infamous.

Perhaps with less eyeballs, they may eventually not be given the space to spread their gospel of hate.

Remember, Love is all you need.