Understanding the original people of Malaysia 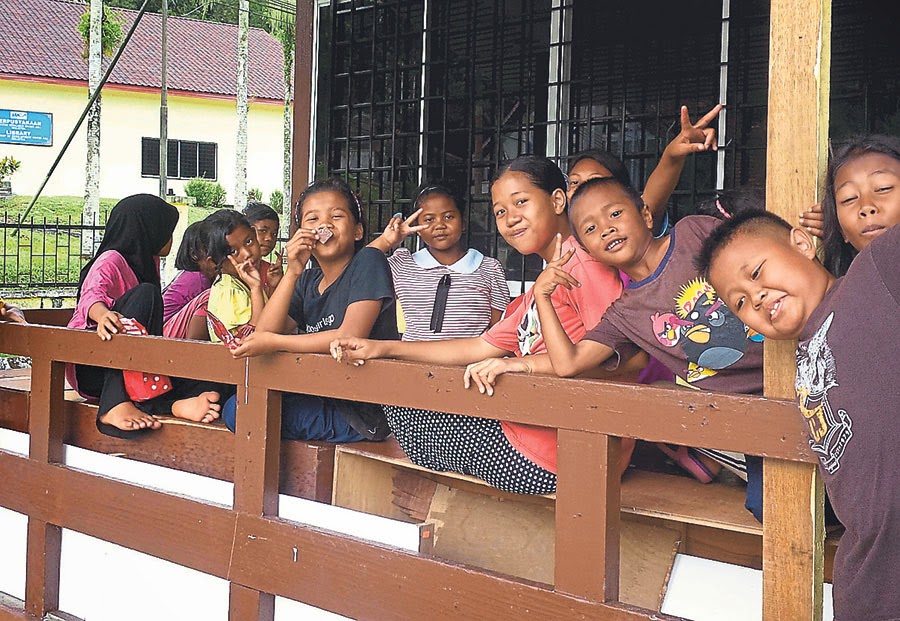 THERE are those who claim to be the prince of this land (bumiputra).

There are others, despite born and bred here, labelled as pendatang.

But not many know of the orang asli —loosely translated as the “original people” — who are the earliest community to inhabit Peninsular Malaysia.

To understand them better, I took time off last Saturday to visit the Orang Asli Museum in Gombak, just minutes away from the Orang Asli Hospital at Km24 Jalan Pahang Lama.

The exterior was disappointing. Broken tiles surround the plaque that documented the launch of the museum and library by former prime minister Tun Dr Mahathir Mohamad on Sept 29, 1987. There was a small man-made pond — minus the water — which was clearly unkempt.

The museum, although small, made up for the unattractive entrance.

Its curator Jiwa Zulkifli greeted me with a smile.

“There is no admission fee. All you need to do is to sign in,” he said.

I spent close to an hour understanding the community.

There are three major groups — Negrito, Senai and Proto Malay — and each group consist of six tribes. The latest statistics, compiled in 2011, showed there were 178,197 orang asli in the country.
According to the information plastered on the museum’s walls, Negrito people originated from Indo-China and settled here about 8,000 years ago. The sub-ethnic group is mostly found in the northern and eastern parts of Peninsular Malaysia.

The ethnic Senoi are the largest group and possess characteristics similar to the Melanesian, Austroloid and Nesiot. They mainly stay in the north and south and were the second wave of migrants from Indo-China.

The Proto Malay live in most parts of Johor. They migrated from Yunan, China, to the country approximately 5,000 years ago.

With such facts, some shallow-minded beings may also call orang asli as pendatang (sic).
There were other interesting facts about the community, how they lived, married, the tools they used to hunt and farm and the accessories they donned to beautify themselves.

It also had brief biographies of individuals who studied and fought for the welfare of the community, including the likes of Peter Darell Rider Williams-Hunt.

The orang asli were influenced by the communist during the rise of communism in Malaya in the 1950s. To gain the trust of the community, hoping they would ditch the ideology, the government then set up the Orang Asli Affairs Department (now known as Orang Asli Development Department) which was led by Williams-Hunt.

With his vast experience dealing with orang asli, Williams-Hunt wrote An Introduction to the Malayan Aborigines in 1952. He was mesmerised by the culture and community that he even married Wah Draman from the Semai clan. Their son, born Anthony Williams-Hunt but now known as Amani Williams-Hunt Abdullah, is a lawyer who fights for the welfare of orang asli.

In 1957, the Senoi Praaq (which means fighting people) was formed to counter communist insurgents in the jungles. There are now 2,000 personnel serving in two battalions in Perak — Battalion 19 in Pengkalan Hulu and Battalion 20 in Bidor — and are known as the General Operation Force.

I was accompanied by two other families during my visit to the museum and according to my short conversation with Jiwa, I had just missed a bus-load of South Korea tourists.

“Many people do come here … students, tourists. They want to know more about orang asli,” he said.
Jiwa said he joined the department in 1974, fresh after completing his Lower Certificate of Education (SRP). He worked at the Orang Asli Hospital before serving 20 years at the museum.

He has been posted to serve the community in the jungle, providing them basic medical care and education. He is set to retire next year but remains unsure if the person replacing him would understand the community as well as he does.

I too wonder if anyone will understand the community as he does.

As I left, a group of orang asli children greeted me. I aimed my camera at them and they happily smiled while flashing the universal peace sign.

I waved at them, thinking of what would their future be. Would they be comfortable living in a squatter-like environment or turn into professionals and earn a decent living?

Will they better understand their rights and not be fooled by the politics?

Just like the aborigines in Australia and the Red Indians in America, orang asli are now brave enough to demand for land, as protected under the Aboriginal Peoples Act 1954. They now know better.

The Court of Appeal had last Friday said orang asli have rights under the common law over their ancestral land. A three-man bench ruled unanimously to set aside the findings of a high court that dismissed the rights of 82 orang asli over their land, about 2,832ha between Maran and Kuantan in Pahang. The law seems to be on their side.

The fear of change often translates into resistance and this is something the community needs to overcome. Their customs will still be alive but through proper education, the community will understand their rights and this hopefully will better elevate their social standing.

We need to play our part to protect their identity, tradition and heritage which is crucial to preserving the nation’s history.

More importantly, we need to understand and appreciate them and the other communities around us.

HARESH is executive editor of Malay Mail. He can be reached at haresh@mmail.com.my or on Twitter @HareshDeol
Gombak Haresh Says Malay Mail Malaysia Orang Asli