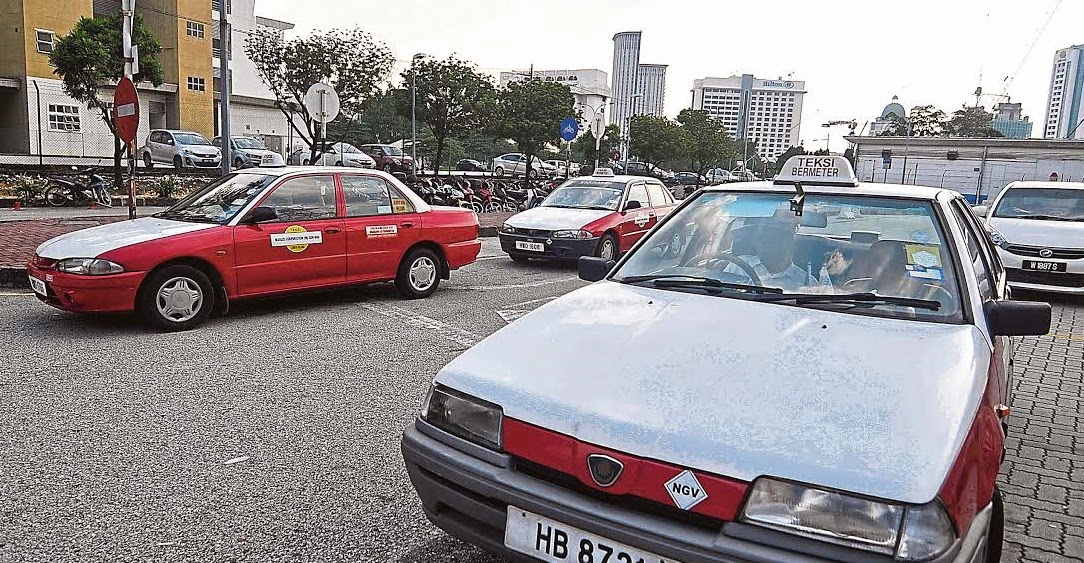 THE subject of taxis always hits a soft spot.
I am after all a taxi driver’s son. Although dad, whom I fondly referred to as papa-ji, did some real estate in the past, I’ve always preferred introducing him as a well-read taxi man.
With either a Reader’s Digest, Time magazine or a Malay Mail on the dashboard, he read whenever he had the chance. And it is through his fascination with reading that he was able to interact with people from all walks of life — from students to businessmen — easily.
He was an individual permit holder and owned a black and yellow Nissan Sunny 130Y for more than a decade before changing to a red and white Ford Laser followed by his last taxi, a red and white Proton Iswara.
He would leave the house at 6.45am — the same time he sent me to school — and would often return just before midnight. He made sure he ate lunch at home. That’s an hour’s worth of quality time, if I made it back from school in time.
Taxi fares weren’t much back then. But  so were the prices of goods. To put it into context, we survived. Ordering pizza was a luxury, usually restricted when there was something to celebrate, but otherwise both he and mum would save enough to spend weekends together or we had enough to enjoy a short vacation to Taiping.
One thing about dad, he was a stickler when it came to cleanliness. Having spent a good number of years in the military, discipline was important. He ensured the bedsheets were neatly spread and that shirts were pressed without a single crease.
Yes, his cars were squeaky clean. Not a single speck of dirt. Everything was in working order. If it wasn’t, he would get it fixed immediately. That was his obsession. If he was still around to see how I have maintained my vehicles, he would surely slap me on the head.
But not everyone is like dad.
I got onto a cab from KL Sentral last week. My destination: Redberry City in Petaling Jaya. Based on the coupon system, I was to pay RM16 for a 15-minute drive. But it assured me of a cab.
Once you get your coupon, it is pretty much free for all. You head out to the main entrance and just board any of the waiting cabs there. No one is really monitoring. As long as you have a ticket, you’re good to go.
I saw a vacant cab and quickly got into it. An elderly man sat in the driver’s seat. Based on his details displayed on the dashboard just above the glove compartment, he was two years older than dad.
“Born in 1947, but only started driving taxi a few years ago,” said the driver, Pakcik Ali.
“Before this I was doing some stuff here and there,” he said, without wanting to get into details.
I respected the fact he did not want to dwell into his past.
“So how’s the taxi business?” I asked. That is a common question I ask each time I sit in any cab. It’s my way of catching up with the industry.
“Boleh lah,” he said. “But it will be better if the authorities raised taxi fares.”
I raised my eyebrows. This coming from a man who couldn’t even maintain his cab properly. The car was rattling as worn-out stickers decorated most of the vehicle’s interior. Thankfully, the car’s air-conditioning was in working order. It would have been a sauna given the 39°C afternoon heat.
“So what if the taxi’s air-conditioning unit is not working? As long as you reach your destination safely right?” he asked, seeking my approval.
I just smiled.
He was baffled why many tend to jump if taxi drivers demand higher fares when mostly tourists use their services.
“How often do you take a cab? I bet it’s not everyday or every month, right? At least you office people get pay increments and bonuses. What about us? Everything else goes up but for the fares.
“Tyres, parts ... they are not cheap anymore. And with the Goods and Services Tax (GST) starting on April 1, we will be paying more to maintain our vehicles.”
Perhaps Pakcik Ali has a point.
Everyone seems to be using GST as an excuse to raise the prices of goods.
And the authorities are now listening to the pleas of the drivers as they are set to announce new taxi rates as highlighted by Malay Mail yesterday. It will be a 40 per cent increase for budget taxis in the Klang Valley, Johor Baru and Penang.
But the Land Public Transport Commission (SPAD) must ensure that passengers get every sen’s worth. They must come down hard on rogue taxi drivers, those who refuse passengers and can’t seem to keep their cars clean or properly maintained.
They must make sure taxi drivers are dressed smartly, in their white shirts and dark pants. Some of them hang their white shirts in the car, only to wear them if they see a SPAD officer on his rounds.
The last time taxi fares were revised was in 2009. Most may question the timing, but the taxi drivers are happy. Those calibrating the meters, however, will be laughing the most as they would make a quick killing thanks to the new fare structure.
We must not forget that taxi drivers are the nation’s ambassadors. They have plenty to tell. They must be well-read and well-informed.
Taxi drivers must realise their importance on our roads, and they should not take their drebar (driver) duties lightly.

HARESH is executive editor of Malay Mail. He can be reached at haresh@mmail.com.my or on Twitter @HareshDeol
cab fare Haresh Says Malay Mail taxi