It's no longer 'Malaysia Boleh' or 'Kita Juara'. Introducing #DemiMalaysia 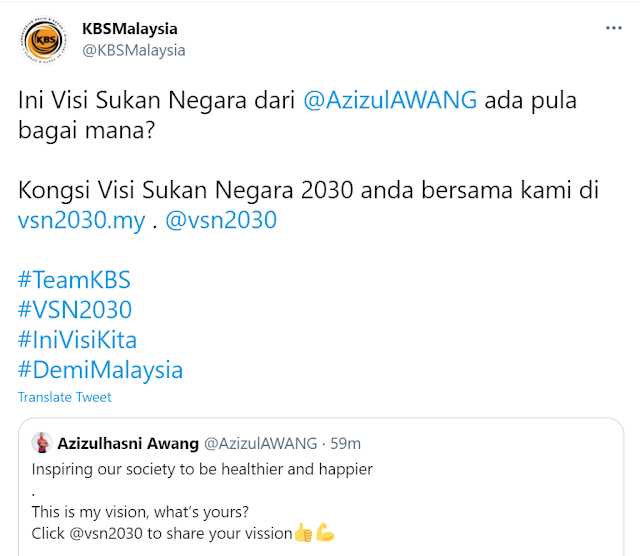 It basically means For Malaysia.

If you haven't notice, that is the latest catchphrase (and hashtag) used by the Youth and Sports Ministry and its agencies.

The Demi Malaysia "war cry" was launched last month but those within Wisma KBS insist it is not to replace the likes the existing phrases.

I remember during a recent (not sports related) discussion, several panelist had questioned if the term "Malaysia Boleh" is still relevant.

There was also "Kita Juara" which was widely used during the 2017 SEA Games in Kuala Lumpur when Khairy Jamaluddin, or better known as KJ, was the youth and sports minister.  For the record, Kita Juara was also a programme for elite athletes that was launched in 2015.

"Demi Malaysia" seems to have a nice ring - at least to me. What are your thoughts?