Why so harsh FAM? 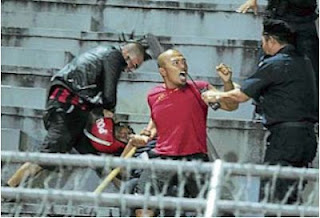 The FA of Malaysia Disciplinary Board slapped the FA of Sarawak with fines amounting to RM46,000 and banning fans from entering the stadium for four matches last week.

Yet, many believe the decision seem 'harsh' as Sarawak is finally getting the crowd to flock the stands.

"The FA should be punished but to ban their fans from watching four games is rather harsh.

Here we are trying to encourage fans to come to the stadium and instead, we have the national body banning them. There should have been more thought before a decision like this."

Too harsh? Or was it the right thing?

For a recap of the incident involving two siblings and an FRU officer, read here.

HD says: Let's be logical about the whole situation shall we.