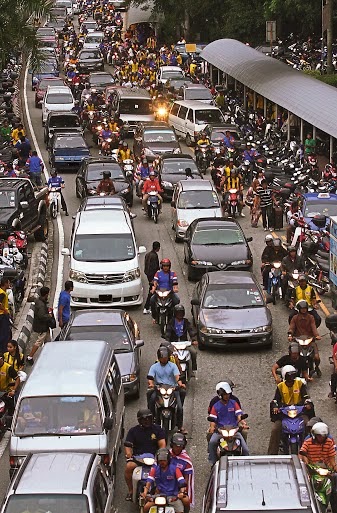 As published in Mailsport today.

PETALING JAYA — Benjamin Franklin once said: “By failing to prepare, you are preparing to fail.”
And the FA of Malaysia (FAM) is certainly preparing to fail by holding the biggest football game in the country at a venue where two other major events are taking place.
The Malaysia Cup final, a Sarawakian festival and a religious prayer event all take place in and around the National Stadium in Bukit Jalil on Saturday.
Why did the Malaysia Stadium Corporation (MSC) give the nod to all three events on the same day and are the authorities capable of handling such a turnout?
Why didn’t FAM consult MSC before deciding to bring forward the date of the Malaysia Cup final from Nov 8?
If FAM had planned its calendar properly, there may not have been a clash with the other events.
FAM did not even consider the Shah Alam Stadium — last year’s final venue — as an alternative at yesterday’s Malaysia Cup organising committee meeting
“Our options were to move the match to either Friday or Sunday but both teams disagreed as Saturday was the only non-working day for them,” said FAM deputy president Datuk Seri Afandi Hamzah, who is also the competitions committee chairman.
“Traffic congestion and safety is a concern. Those attending should either take public transport or be at the stadium before 2pm.”
With nearly 100,000 supporters expected for the Pahang-Johor Darul Takzim spectacle and close to 50,000 expected for the other two events, roads leading to Bukit Jalil would be at a standstill.
To make matters worse, the Sarawakian festival takes place at car parks A and B — meaning half of the stadium’s parking lots would be taken up. The Buddhist prayers take place at the Putra Stadium next door.
As it is, 300-500 cars are parked along the roads leading to the stadium during a football final. One can only imagine where these cars would park now.
The fans suffer once again, all because FAM could not plan its calendar.
Bukit Jalil football malaysia cup malaysia stadium corporation national stadium