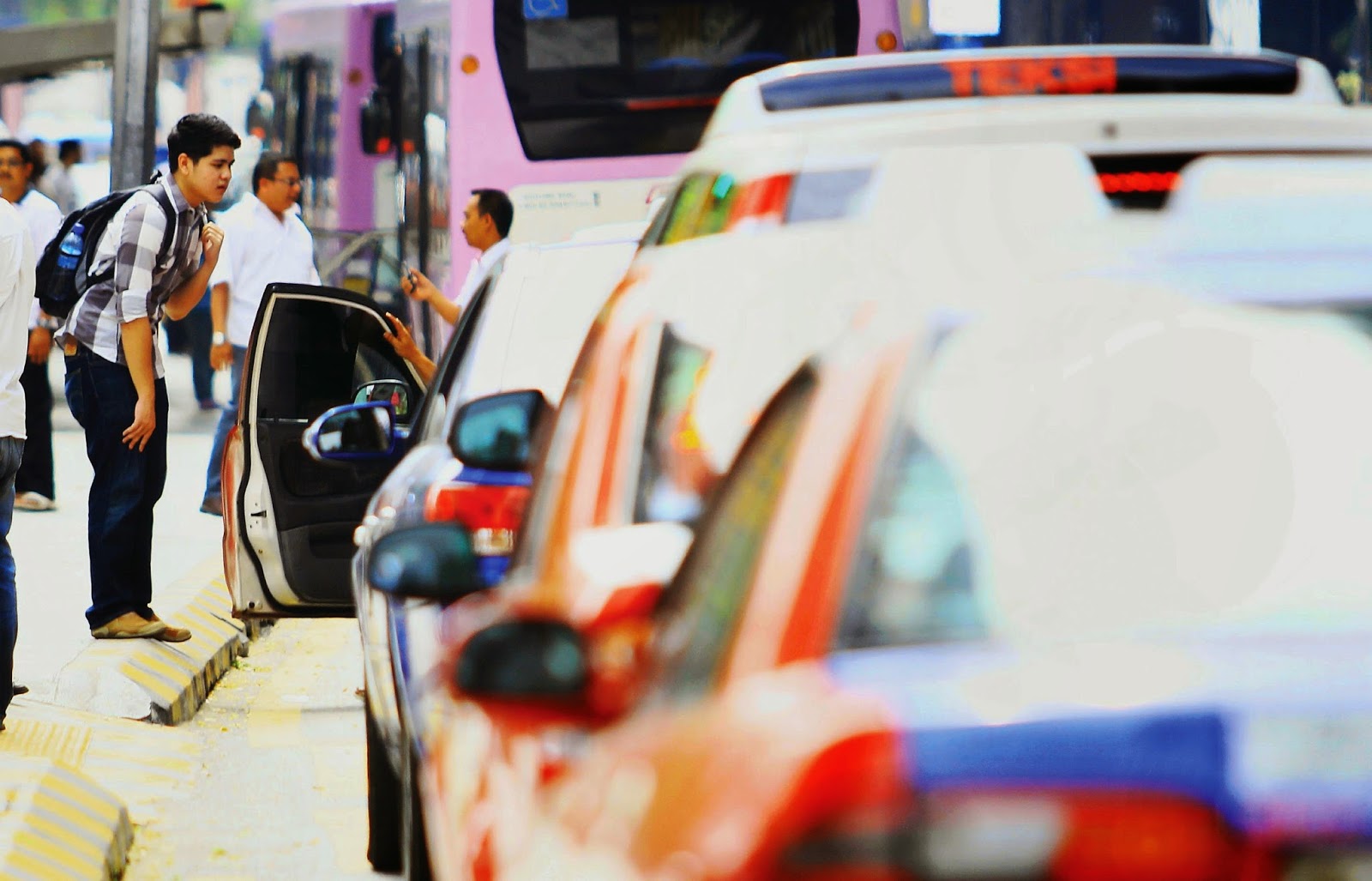 I WAS about seven when I was “forced” to take a taxi for the first time.

My late dad’s vehicle had broken down, and I was already late for an event at KL Plaza (now known as Fahrenheit 88).

The quickest way to get to Bukit Bintang from my flat in Pekeliling was by hopping into a cab.
“Son, just remember three things … do not board a waiting taxi, make sure they charge by the meter and take note of the vehicle registration number,” my dad said.

That was in the late 80s, when taxis were mostly black and yellow Opel Gemini, a horse race track in the heart of the city and Rediffusion was the go-to source for latest news.

Yet some things remain the same. Taxi drivers continue to park at the side of the roads, hoping for a passenger to come knocking. Some still refuse to use the meter.

There is a need to check the vehicle’s registration number as the passport-sized photo glued on the information card in the taxi sometimes does not match the driver.

It could mean two things. Either Lim Ah Beng had his face reconstructed to look like Salman Khan or permit owners are guilty of “ABC” — by allowing another person, including foreigners, to drive their vehicles.

My dad was a taxi driver. I was proud of his profession as he was the nation’s ambassador on wheels.
He used to have several permanent clients — including diplomats from the US Embassy.

When their families visited Malaysia, he ferried them around the city, explaining the various historical and interesting spots in Kuala Lumpur.

Drivers then did not need GPS, they knew the roads like the back of their hands. But life as a driver is not easy.

My father was blessed that his persistence in applying for an individual permit paid off.

Most taxi permits these days are given to companies and drivers are forced to fork out between RM35 to RM45 daily.

There is also the dreaded Puspakom inspection.

My dad would get the car thoroughly checked and washed one day before and would head to the centre early as it used to be a day-long process.

Once, he returned home fuming because he was “failed” despite the car being in tip-top condition simply because he did not put RM10 in the glove compartment like he always did.
Sadly, the act of leaving money in the car was common back then. Drivers caved in because they did not want to return for another inspection and lose the day’s income.

Some taxi drivers claim to still do the same today. When asked why, they would say: “Just do only lah. If (we) complain, there would be more problems.”

Despite the required inspection, it is amazing how beaten-up taxis and buses are allowed on the streets.

Two weeks ago I hailed a cab at Wisma Hong Leong in Jalan Perak to get to Berjaya Times Square. There was hardly any traffic and it would have taken some 10 minutes to cover the 3km journey.
As I was getting into the cab and told the “uncle” driver my destination, he replied: “RM15.” I got out.

Several other taxis were waiting by the roadside and they too charged the same amount.
“Meter?” I asked.
“No use meter here, boss. All flat rate,” one of them said.

Malay Mail recently revealed how taxi drivers still refuse to charge by the meter.
In our front page article on Monday, our reporters said some cabbies ganged up  and intimidated them for asking too many questions.

“Are you new to reporting? This has been going on for years,” he told our reporters.

With all due respect, sir, I have had first-hand experience with the taxi industry for three decades and despite your supposed operations, nothing has changed and judging by the look of it, nothing will.

There are days when we are blessed with honest and good drivers. But there are also times we wish we should have taken the LRT or bus instead.

If many were able to rely on good taxi and public transportation, this would see a reduction of cars on the road. Less traffic would also mean less pollution.

To my taxi driver friends, do not let the rotten apples tarnish your good name.
To the authorities, stop yapping and start enforcing.

Weed out the rogue drivers and facilitate the rest to make a decent living.

Haresh is Malay Mail executive editor. He can be reached at haresh@mmail.com.my or on
Twitter @HareshDeol
cabs kuala lumpur Malaysia taxi driver taxis