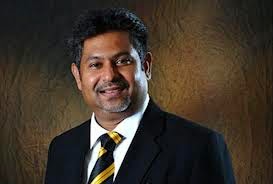 According to sources within the national body, out-going MHC president Tengku Abdullah Shah has earmarked the Subahan as his replacement.

Subahan’s first task would be to improved MHC’s financial standing as the association is believed to be RM2 million in debt.

“Subahan will be the next president. Tengku Abdullah has already spoken to Subahan, who has agreed to come on aboard,” said a senior MHC official.

“They even went to the Asian Games together and Tengku Abdullah was introducing him as the next president.”

In August, Tengku Abdullah revealed he would not seek re-election as he was going for the Asian Hockey Federation’s top post. He then won that seat uncontested.

He is expected to announce his replacement at the MHC extraordinary general meeting in Johor next week.

Tengku Abdullah earlier said he had “identified one or two candidates but I cannot reveal their identities yet.”

When asked about the possibility of him becoming the new president, Subahan said: “Tengku Abdullah is the right person to comment. I’m focusing on SHA.”

Subahan, who was a FA of Malaysia (FAM) vice-president from 2010-2014, was elected SHA deputy-president in 2009 before occupying the hot seat two years later.

Among his milestones in SHA included reviving the state hockey league after a lapse of seven years in 2009,  introducing the 32-team two-day carnival-like Selangor Open, emphasising on men’s indoor hockey and ensuring development was continuous despite the lack of pitches in the state.

“He is hands on and goes to the field often. He focuses a lot on age-group teams. Development has been a priority,” said SHA secretary P. Kuganeson.

With MHC in desperate need to revamp itself and the Malaysian Hockey League, which is fading into obscurity, Subahan could fancy taking similar approach in the national body.