December 19, 2014
As published in Mailsport today. 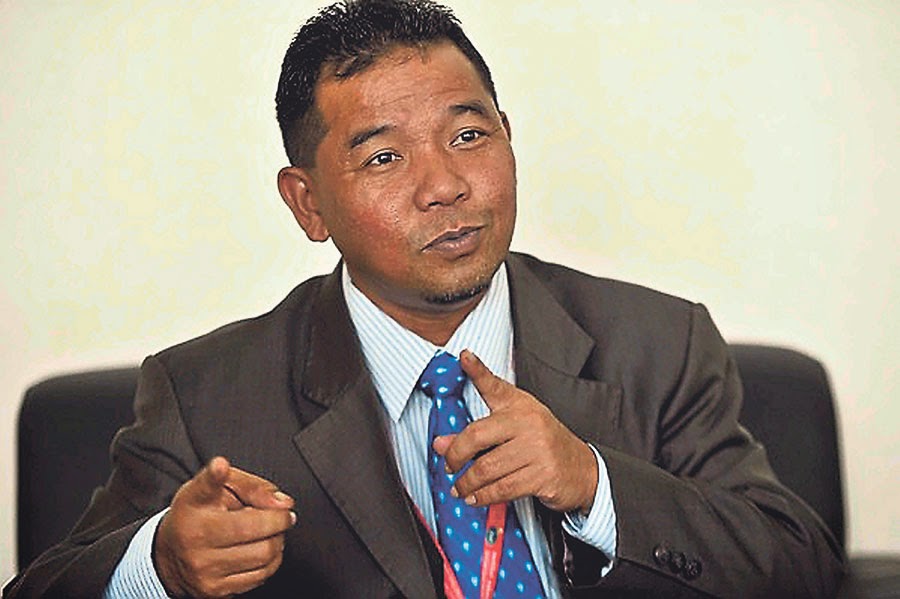 While his bosses see him as the “right” person to lead the National Sports Council (NSC), it is no secret Shapawi will face several envious colleagues as he starts work as the Council’s director-general today.

Efforts to groom him into becoming NSC director-general started years ago, especially when he was NSC athletes training unit director in 2007. However, he did not fall in favour with certain high ranking officials which led him out of the Council. He was named National Sports Institute (NSI) chief executive officer in 2012 and was there for a year before he was moved to the Sports Commissioner’s Office.

But, Shapawi is enjoying the last laugh — replacing his former boss Datuk Seri Zolkples Embong in the hot seat.

Sports Minister Khairy Jamaluddin, in announcing Shapawi as the new director-general yesterday, said he will start work today. Shapawi’s replacement at the Sports Commissioner’s Officer will be revealed next month.

Mailsport had on Wednesday quoted insiders revealing Shapawi was among the three candidates — including Datuk Yusof Jantan and Datuk Salim Parlan — eyed for the post.

“He was selected based on his vast experience, especially as an administrator. I was also impressed with his vision as he had short and long term development programmes for the national athletes. Such plans were aligned with my approach and that of the ministry,” Khairy said.

“It was an open recruitment and we had 40 applications from within and abroad. He was selected from a pool of eight shortlisted candidates which included a foreigner.”

Khairy pointed out Shapawi had created a career Grand Slam by assuming the top roles of three major agencies under the ministry.
“The other applicants told me they can do everything but Shapawi was special as he did not over-promote himself to being a Superman.”

Shapawi’s first task at hand is to prepare a blueprint for the national contingent in next year’s SEA Games in Singapore and the 2016 Olympics in Brazil.

He will be given a free hand to lead the NSC along with the management committee, but will remain under the watchful eyes of the ministry, Khairy added. Shapawi had also said he will seek the assistance of the NSI to prepare for the two major Games.

The decision to remove Zolkples was made following the pathetic performances by the national contingents at the Commonwealth and Asian Games.

Malaysia returned with only six gold medals from the Glasgow Commonwealth in July - their worst performance in 20 years.

The national athletes only returned with five gold medals at the Asian Games two months later, also their worst performance in 20 years.

Zolkples, who was director-general since 2007, was named the chief executive officer for the 2017 SEA Games in Malaysia.