Thank you - once again 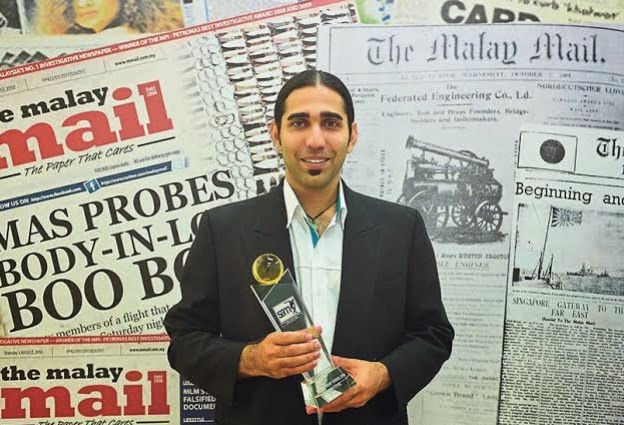 Haresh’s commentary on former world No. 1 shuttler Datuk Lee Chong Wei’s doping saga “Is this the end of Lee Chong Wei?” published on Nov 12 last year won the hearts of the juries. He took home RM3,000 and a trophy.

Lee’s hearing has been scheduled for April 11.

This is Haresh’s fourth SAM award. Haresh, who started as a sports journalist with Malay Mail 15 years ago, won the 2011 Best Special Report award and was named Sportswriter of the Year. He also won the SAM Best Report award for 2012.

Rizal, who is digital magazine Arena editor, won the main prize for his piece “Skuad Aristokrat” which focused on Pahang’s football history and its successes last season. He also won the Special Report award for the article and picked up RM3,000.

Squash queen Datuk Nicol David was named SAM’s Athlete of the Year for winning her eighth world title and leading the women’s squash team to a historic second place at the World Championships.