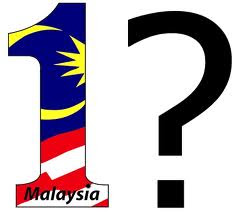 I was interviewed but a handful of under-graduates from a rather reputable varsity-college in Damansara a couple of days back. Usually the students that I meet pursue mass communication, public relations or sports science but this is the first time I spoke to a group who are going to graduate in psychology.

Their topic was the 'taboo of journalism in Malaysia'. Compared to other countries including Singapore and China, we do have freedom (to a certain extent).

I found the word 'taboo' rather strong and told it to them.

The art of governance is complicated. It's always easy to take pot shots at the ruling administration. The level of maturity between the masses differ at various levels. Also, decisions are usually politically right even if they could be really wrong in reality.

But it is quite clear that the younger generation;

1. Do not read the mainstream media
2. Have no faith in the mainstream media.
3. Rely on blogs and online materials for information.
4. They have nothing nice to say about the blogs set up by politicians (especially those in the ruling party).
5. They don't understand the concepts (ie 1Malaysia etc) that have been introduced as they feel it is a political gimmick that changes once a new leader is installed.

Perhaps it's the new century where everything is available at their finger tips. I don't blame them. But it's also wrong to say that we can generalise. The youngsters in the rural areas may have differing opinions due to the environment they live in.

Also, this group - like the many others I've met and spoken too - will be able to exercise their voting rights in the next general elections.

But I can't blame them for being jaded and skeptical.

I just watched a Filem Negera production - a mini commercial - about unity and 1Malaysia. It was a load of crap.

And do we need to constantly spell out that we're all different?

I don't get many things but perhaps the age-old rule matters the most by the administrators - Divide and Conquer.

HD says: As the late Will Rogers once said: 'I don't make jokes. I just watch the government and report the facts'.