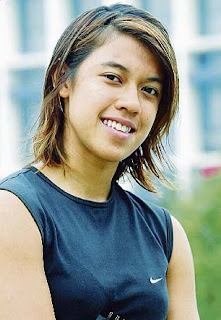 Could we repeat our 10 gold medals triumph seen during the 1998 Commonwealth Games?

That remains to be seen as New Delhi welcomes athletes from Commonwealth nations as they host this year's edition. The opening ceremony at the Jawaharlal Nehru Stadium is at 7pm (9pm Malaysian time) today.

To be fair, Malaysia has been only collecting one or two gold medals up until 1998, where we got 10 followed by seven gold medals each at the 2002 Manchester and 2006 Melbourne Games.

As reported by Kosmo, the government has spent some RM144 million for the projected 10 gold medal haul in India. That's about RM14.4 million for a gold medal.

It must be noted that spending money in the pursuit of glory is practiced everywhere, even by the past generations for the superiority of a nation at a particular event presumably showcases the greatness of the said country. At least the money is going to sports and not to some third party who is a crony of a government officer.

Despite all the Bollywood drama that envelops New Delhi, hopefully the Malaysian team will return with a good showing.

Point to ponder, with so many statements made by various officials, I wonder if they will take full responsibility if our team fails to reach the projected target. Hmm.

Nevertheless, all the best to the Malaysian contingent.

P/S: Here's an interesting read posted by The Observer - Top 10: Greatest exploits at the Commonwealth Games.

HD says: As Kid Cudi sang, "I'm on the pursuit of happiness and I know everything that shines ain't always gonna be gold. I'll be fine once I get it, I'll be good."