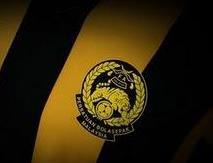 Where can I get a Malaysian jersey?

I VISIT your country quite a bit because my parents live here.

However, your shops sell English football tops from Chelsea, Man Utd, Arsenal and England but no Malaysian football shirts?

I have e-mailed the FA of Malaysia about 100 times and have had no response. All I want is a replica Malaysian football jersey to wear with pride.

If given a choice, this would be my answer:

I am not a spokesperson of the FA of Malaysia (FAM) and neither do I intend to play such a role through this response. However, it is sad that in this country, it is much easier to obtain an English Premier League jersey than that of the national jersey.

Perhaps the national body should have had the courtesy of replying your emails (if they have received it) but Paul, you must understand that the national jerseys are manufactured by a certain company and not by the FAM. I, however, do hope that both FAM and the company would be more in sync for the benefit of the Malaysian fans.

You see Paul, I was caught in a similar predicament not too long ago. I've been asking around and searching high and low for our national team jacket. I've visited so many sports shop especially of that particular brand but to no avail. Instead, the salespersons either did not know such a jacket exists or told me that for the same price it is better to buy a Manchester United jacket!

See Paul, I am willing to pay as it is the national jacket.

But I also appreciate the fact that some of the loyal Harimau Malaya fans cannot afford such high prices - a fact we all should ponder.

Nevertheless, thanks to a good friend, I managed to obtain the jacket. However, not many of us are blessed with good friends.

If it is so difficult to get the national jacket or jersey, imagine how difficult it is to purchase the state jerseys.

So Paul, I have several suggestions for you.

You could visit our Pasar Malam or Night Bazaars (Danau Kota, Sentul Raya, etc) and get a grade A imitation jersey that costs between RM50-RM60. There's no guarantee that the colour will not fade or that the decals on the jersey could remain there forever.

You could visit our stadiums during major matches and get good bargains. Prices usually drop after the matches end but they are still imitation products.

Or I would suggest that you forget about buying the national jersey and spend the same money enjoying some good Chinese cuisine along Jalan Alor, the nasi lemak in Kampung Baru, good banana leaf in Brickfields or some hot chappatis at Jalan Pahang (beside Tawakal Hospital).

I hope this answers your question Paul. Have a good day ahead.

HD says: Can't wait for the unveiling of the new national jersey and hope it will be reasonably priced for the benefit of loyal Malaysian football fans.

Note: I must admit that the jacket manufactured by this particular company is of good quality. Wished they will sell it nationwide all year long.