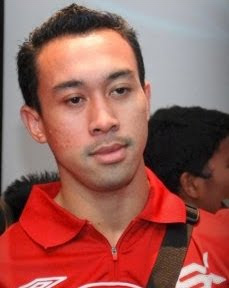 The heat is on tonight.

Kelantan take on Negri Sembilan at the National Stadium in Bukit Jalil tonight (kick off 8.45pm).

The Malay Mail dedicate a full page for the preview on Friday.

Here are some details of both teams:

“Wan Jamak claims Negri are the underdogs but they are the FA Cup
winners and the defending champions. I think we’re the underdogs. He
also claims we’re only good in the first 20 minutes but Kelantan have
been scoring goals from the second half most of the time.
My boys will be in top form throughout the 90 minutes. It’s going to
be an interesting affair.”

“Everyone wants to be the underdogs, want to be humble. Perhaps it’s
easier that way…less pressure. I have been waiting for this moment and
hope to score when it matters then most. I enjoy playing alongside
Hairuddin (Omar) and the team is in good shape. I’m confident the
match will end in full time.”

Coach
Wan Jamak Wan Hassan
“Advancing to the final with a depleted squad is an achievement. The
boys have worked hard and they deserve to be in the final. On paper
Kelantan are the favourites but I believe that the team that plays
well throughout 90 minutes will be crowned champions.”

“Our campaign this season is unique as we played without strikers and
still managed to make it to the finals. I guess the team’s fighting
spirit was our driving force. This is our final match and we have to
go all out. I really think this new confidence could make a huge
difference in the final.”